Marcel Clarke: No stranger to adversity 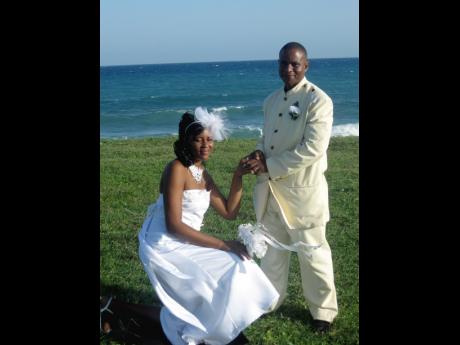 According to the St Thomas native, he should have been dead several times, following childhood mishaps and accidents, as well as several attempts on his life by politically-affiliated gangs and criminals.

Clarke attributes his continued survival to the Lord's will, as he believes God had a purpose for him and would not let him die.

He told Family and Religion that he grew up in the Methodist church, but felt no connection to the people and found no interest in the sermons.

"I knew God. I prayed. But I couldn't read the Bible. Every time I tried to, I got dizzy and nauseous. My purpose was being thwarted by the devil," he told Family and Religion.

Eventually, Clarke migrated to the United States to live with an aunt, and continued going to church, but still could not find the kind of spiritual connection he was unconsciously longing for.

"It was too religious and stiff and a turn off for young people," he recounted.

Clarke made a good life for himself in the US, building a multi-million dollar business and a prosperous and happy family. But, Clarke explained, God had to strip him of his worldly possessions, and even his family, before his chosen purpose could be fulfilled. In 2000, he came back to Jamaica virtually penniless, with only the understanding that God was leading him towards the fulfilment of his God-given life's work.

"God had to strip me of my family, business, everything. If the foundation was not good, God had to tear it down and rebuild. God was teaching me submission," he told Family and Religion.

On his return to Jamaica, Clarke began preaching and healing, but realised that something was missing, that he did not possess the indwelling anointing needed to truly be effective in spreading the Word. It was at this point that Clarke came into contact with Apostle Jennifer Winter and her husband, Pastor Hector Winter, leaders of the Covenant of God Ministry International in Portmore, St Catherine. Clarke and a few friends attended nightly meetings being held by the Winters in Hampton Court, and though he initially had doubts, Clarke was eventually convinced that Apostle Winter had a divine gift.

"She called us up one night and prophesied. And she spoke private knowledge, things that only could have come through revelation. My questions were answered as we attended more meetings and the truth of her gift manifested itself," he said.

Apostle Winter's revelation proved to Clarke that her connection was genuine, and eventually, through his and others' efforts, a branch of the church was established in Morant Bay. Services are now held at Paul Bogle Place, with fasting on Wednesdays, Bible study on Thursdays, Friday night meetings and Sunday services, with Clarke as Apostle Winter's armour bearer.

Clarke has credited the deliverance ministry of Covenant as a big part of his transformation to the man God expected him to be.

"Some natures I used to have that made me fall, I have been delivered from. One third of Yahshua's (Jesus) ministry was deliverance, a prophetic healing ministry. Stiffness and religiosity is absent. The Apostle actually spoke about it, a spirit of religious stiffness and oppression," he said.

Clarke also pointed out that all that was taken from him has been restored with greater gifts. He has again gone into business for himself, and is slowly rebuilding his assets. He has also married again, to a woman he explained he was led to through prophesy, in a wedding ceremony that he explained was replete with prophetic signs and symbols regarding his new life.

"My family foundation was restored and made firm so that I could grow into the ministry and return to my true purpose of teaching the Hebraic way and building the Kingdom of God," he said.