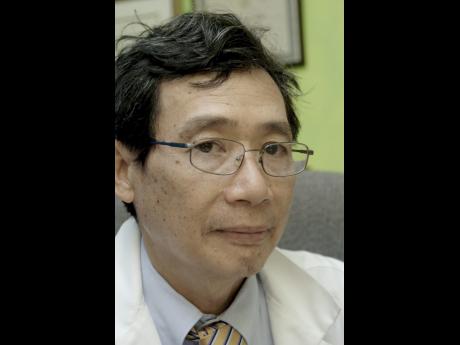 Speaking at the Prostate Cancer Medical Conference put on by the Jamaica Cancer Society at the weekend, Wan pointed out that he is yet to see any clear evidence which indicates that guinea hen weed prevents prostate cancer.

Dr Lawrence Williams, consultant at the Scientific Research Council (SRC), has been pioneering research into the chemical properties of the plant and has argued that dibenzyl trisulphide (DTS), a compound from the plant, is effective against prostate and breast cancer.

According to Dr Wan, however, the literature regarding the ability of guinea hen weed to prevent prostate cancer is inconclusive.

"If you look at the medical literature, and there certainly was a paper which was in the West Indies Medical Journal, which said that it does have potential in terms of certain enzymes, but I have not seen any study where it actually prevented prostate cancer in humans, so we are taking it on the basis of belief, and there is nothing wrong with that, but there are things we don't know for sure," he argued.

"Many Jamaican men take saw palmetto or products with this ingredient, often in the belief that it may reduce their risk of prostate cancer. This product is extracted from a palm in South Florida and has been promoted for treating or preventing an enlarged prostate gland, but not prostate cancer. So it is not recommended for prostate-cancer prevention," he said.

For the last 17 years, prostate cancer has been the leading cause of cancer-related deaths among Jamaican men, 40 and older.