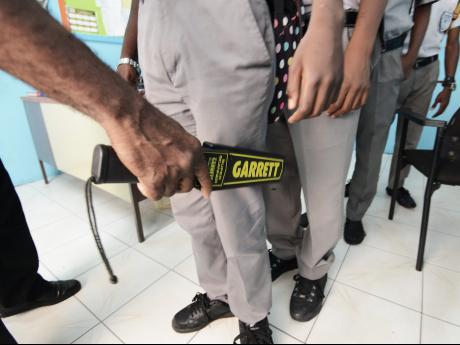 The Ministry of Education has begun the distribution of 135 new metal detectors to high schools in an effort to reduce the number of weapons entering schools.

The Ministry says the detectors are replacements for ineffective ones already in schools.

It notes that following an audit conducted in some schools earlier this year it was revealed that some of the metal detectors were defective and in need of replacement.

The education ministry says distribution of the new devices to all six regions will be conducted during the course of this week.

Education Minister, Ronald Thwaites, says installing metal detectors will act as a deterrent to students arming themselves with offensive weapons and committing acts of wounding and assault on school compounds.

Thwaites noted that no one entering the school compound was exempt from being scrutinised by the metal detector.

Meanwhile, the education ministry says in addition to metal detectors, it will also be distributing copies of its revised security and safety policy manuals to primary and secondary schools.

The ministry says the manuals set the standards and procedures to be followed by security personnel and school officials in maintaining a safe school environment.