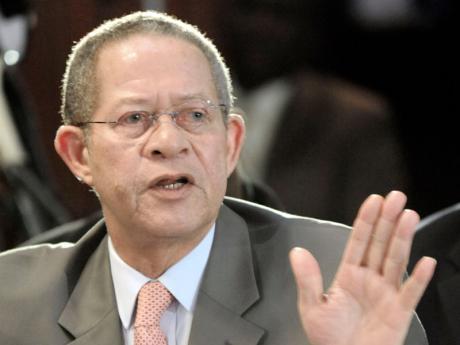 Former Prime Minister Bruce Golding has cautioned that the £25 million prison deal Jamaica has signed with the United Kingdom could have the effect of allowing external influence to dictate the economic priorities of the government.

He warns that the deal announced by British Prime Minister David Cameron could derail some economic priorities of the Portia Simpson Miller administration.

The warning follows the announcement by Jamaica’s National Security Ministry that the £25 million would only cover half the cost of building the new prison and that the government would have to find the rest.

Speaking with The Gleaner-Power106 News Centre yesterday, Golding noted that Jamaica's economic reform programme with the International Monetary Fund has forced the government to prioritise some of the most critical needs of the country.

The former prime minister says it would make him uncomfortable if these priorities were to be modified because of external influence.

He's also questioning whether the building of the prison is an appropriate priority at this time.

The Ministry of National Security says construction of the new prison is part of a non-binding memorandum of understanding signed with the UK to improve conditions in Jamaica’s prisons.