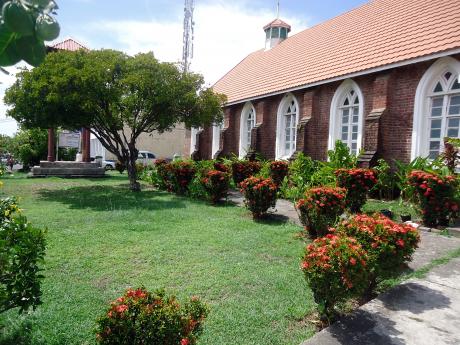 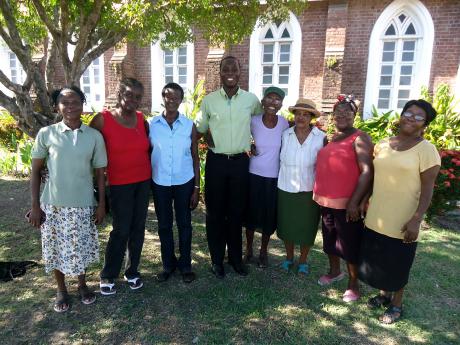 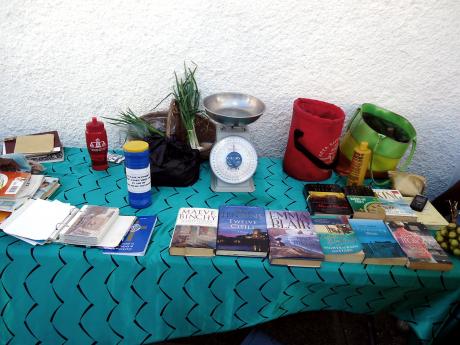 On any given Friday afternoon, the women, and several men, of the Christ Church (Anglican) in Morant Bay, can be found at the Anglican Church Hall, setting up their small thrift shop to sell items to support the Mothers' Union branch of the church.

They have several books, plants, and other miscellaneous items on offer to raise funds for various social outreach projects. And though their small group has been dubbed 'The Idlers' Club', the women are proving to be far from idle.

"We got the name after someone came to our meetings and jokingly remarked that we were idling and we were a bunch of idlers. And it stuck," Dotlene Irving, deputy deanery, presiding member of the St Thomas Mothers' Union told Family and Religion.

Irving explained that the group is a cross section of various women in the Mothers' Union branch at Christ Church and other men and women who help to support the cause.

"We meet every Friday. We fellowship, we share, we socialise and we strengthen each other. We have a member who is celebrating a birthday, and we have something small planned for her," she said.

The Mothers' Union is an international Christian charity movement with the Anglican Church that works to support monogamous marriage and family life, especially in times of adversity. It was founded by Church of England's rector's wife, Mary Sumner, in 1876, after the birth of her first grandchild, which reminded her of the difficulties she had as a young, first time mother. The organisation seeks to provide support for mothers from all social backgrounds. It is particularly concerned with the plight of women in the world, and its branches and members, both men and women, exist in Anglican dioceses across the world.

The Christ Church's Mothers' Union was formed in 1955, and has remained active in and around the town of Morant Bay since its inception.

Irving highlighted some of the aims and objectives of the Mothers' Union.

"We seek to uphold Christ's teachings, and to encourage parents to bring up their children in the faith and life of the church," she said. "We also aim to promote conditions in society that are favourable to family life and to help families that have met with adversity."

In light of this, the Christ Church Mothers' Union has set up a feeding programme for the less fortunate and street people around Morant Bay. Approximately 25 people are fed on the third Friday of every month at the church hall, with meal items procured from donations from branch members and from Food For The Poor, and cooked by a Mothers' Union member. Eight shut-ins are also catered to, and care packages of food and sanitary items are also distributed. Mothers' Union members also visit the sick, and have had notable excursions in the past year to the children's ward at the Princess Margaret Hospital and the St Thomas Infirmary. The women of the Mothers' Union also provide counsel and support to young mothers and youth members of the church, with several members sponsoring students to pursue tertiary education and training and establishing a music ministry, designed to enable youth members to learn to play instruments.

The Mothers' Union recently held a demonstration in the town of Morant Bay targeting the abuse of women in Jamaica and were joined by their male counterpart, the Brotherhood of St Andrew. The women also try to establish good environmental practices by advocating 'recycling and reuse', one example of which was turning old greeting cards into fans and souvenirs for first-time visitors to the church. They are also active in the church, acting as unofficial interior decorators during church functions and caring for the church's impressive gardens. One of the most important aspects of the group, however, is prayer.

"We had our annual Lady Day recently, which is a day dedicated to prayer. Our theme for this year was 'Unity in Prayer' and we made prayer trees with names and causes to pray for. We also pray for other dioceses. And we had a short service and discussion afterwards," Irving told Family and Religion, pointing out that prayer for the family and the church was especially encouraged.

While acknowledging challenges with funding for social outreach programmes, Irving pointed out that the Mothers' Union would always be active in Morant Bay, and would continue to advocate for and assist vulnerable women and other groups in society.