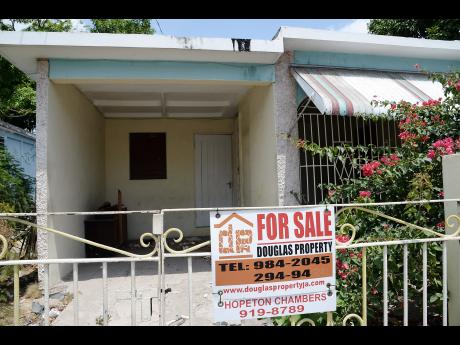 This week, I return to the thorny issue of real property and the pitfalls that may present themselves from time to time as we deal with our various interests in land, whether from the point of view of a borrower, lender, owner, tenant, or even a spouse.

Two recent judgments delivered by Justice Evan Brown in the Supreme Court are instructive and are worth looking at. I will look first at Dennis Atkinson v The Development Bank of Jamaica (DBJ) and others.

To simplify the issue, if, for instance, the Victoria Mutual Building Society (VMBS) holds a first mortgage on a property, and the Jamaica National Building Society (JNBS) a second mortgage, and VMBS is forced to sell the property, does it have to take into account the interest of JNBS by ensuring a sufficient selling price is obtained to cover both loans?

In the case at hand, Dennis Atkinson, operator of Ocean Sands Resorts Limited, a hotel in Ocho Rios, St Ann, on March 30, 1998, acquired a loan of up to US$308,106 from the DBJ, using his hotel as security.

By July 2007, when Atkinson could no longer repay the loan, the DBJ agreed to sell the property to Cash Plus Development Limited for US$1 million, subject to the DBJ's mortgage.

The purchase was made with the aid of a vendor's mortgage to the tune of US$668,116.28. DBJ was, therefore, now first mortgagee and Atkinson the second mortgagee. Cash Plus took on the responsibility to repay both mortgages.

The DBJ eventually took steps to recover its money and retained the services of accountant Kenneth Tomlinson to see to the sale of the property.

Tomlinson obtained a valuation from C.D. Alexander Realty Limited, which listed the market value of the property at J$149 million and a forced sale value of J$105 million.

In his evidence before the court, Tomlinson said he advertised the property approximately 13 times and received varying offers. The property was eventually sold for J$50 million to Digiorder (Ja) Limited (the second-highest offer, the highest offer having been rejected).

Needless to say, this left nothing for Atkinson. Mr Evon Justice Brown looked at a number of authorities as well as the Registration of Titles Act, and in a well-reasoned judgment, came to the conclusion.

Even though a first mortgagee, in exercising its power of sale, has a responsibility to a subsequent mortgagee as well as the mortgagor (that is, the owner of the property), this does not mean it must sell at the market value or the forced sale value as estimated by a valuator.

Indeed, as Justice Brown pointed out, the fair market price may be what the market is willing to pay at the time of the sale and not necessarily what is in the valuation.

The responsibilities of a trustee then to any subsequent mortgagee and the mortgagor only come into effect when there is excess money in the hand of the first mortgagee, resulting from the sale.

Morale of the story? Second mortgages are inherently risky.

In Palnama Kandappa v Pamela Graham, the now-deceased Thomas Augustus Graham purchased land at 34 Conway Drive, Kingston 20, in September 1970. He was the sole proprietor and he later built on the land.

Graham later moved his barbering business to the veranda of this premises. In the same year, he married the other woman he had in his life, the mother of his children who resided with him at Woodpecker Avenue, Kingston 11, before and after the marriage.

On November 11, 1997, Graham transferred the property to his children and his wife as joint tenants.

When Graham eventually died, his wife had already predeceased him, and their children promptly served notice on Kandappa. She was later evicted from the premises.

Kandappa applied to the Supreme Court for an order that she was entitled to a one-half share in the property.

Justice Brown, in what I consider a well-written judgment, quoted Lord Denning in the well-known case of Coke v Head where he said: "Whenever two parties by their joint effort acquire property to be used for their joint benefit, the courts may impose or impute a constructive or resulting trust."

In other words, the court can find that one owner is keeping the other owner's portion on trust for him/her.

By the time the matter came to trial, Kandappa had reached the ripe age of 76 and had spent 42 years in a continuous and fairly open intimate relationship with Graham.

Justice Brown did not find on the evidence before him that Kandappa and Graham had acquired the property together, nor lived thereon as man and wife.

Justice Brown found also that the property was not acquired for their joint benefit. Kandappa was, therefore, not entitled to any share of the property.

The moral of the story? If you are going to be the other woman for 42 years, as Kandappa admitted in her evidence, get your name on some property title or the other.

* Ruel Gibson contributed to this column.