Footprints: Estella Frederica Whyte - a peacemaker and a preacher. 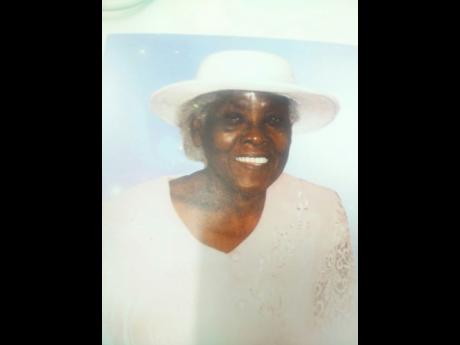 Jonathon and Ann Rebecca James gave birth to their daughter Estella on November 1, 1924.

Estella was affectionately called "Moms" or "Aunt Hilda" by her friends and family while others would call her "Sister Whyte".

She was born in Kingston then she and her family later moved to Glasgow Road, St Ann's Bay, where she grew up with her older siblings - Edna and Ethan, who predeceased her.

Estella was a seamstress, who specialised in embroidery.

At age 27, she married Reginald Whyte and the union produced 12 children.

She spent a lot of time caring for her family, even her extended family too. She had 31 grandchildren and she raised four of them. But this didn't stop her from finding time to praise God.

She got baptised on August 4, 1956 and continued to serve her Jehovah for 59 years.

Estella enjoyed teaching the Word of God to children, even hers and anyone else she would meet.

She would always leave a word of kindness, advice, or even food. One of her favourite was pudding that Jamaicans would call 'fire a top, fire a bottom'.

Moms had a heart problem in 2010, but this didn't deter her. She overcame this illness and continued to praise her God.

Five years later, she suffered a second stroke and made her transition to be with God.