The slow exodus of the Bible from the courtroom 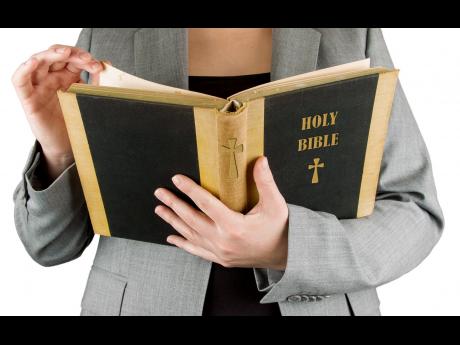 Amendments to the Evidence Act (the Act), recently passed into law by Parliament have simplified the evidence giving process in court proceedings in material respects.

Before the passage of the Act, a child of tender years - that is, under 14 years old - giving evidence to the court would first be questioned by a judge, in a process called voir dire, to determine if the child understood the significance of taking an oath (that is, swearing on the Bible).

If the child appeared to understand that lying after swearing on a Bible meant that one would be committing a sin against God, and that this was at the least, a very bad thing, then that child's evidence could be taken without corroboration.

However, where a child appeared through the voir dire process, not to grasp, either fully or at all, the significance of swearing on the Bible, then that child's evidence could only be accepted if it were corroborated by some other material evidence such as an eye witness, even if the child, in all other respects, appeared to be intelligent and reliable.

This requirement for corroboration of the evidence of a child of tender years, where he/she appeared to not understand the nature of an oath has resulted in hardship over the years to prosecutors and child victims alike, especially in sex-offence cases where the child of tender years is the complainant.

As is the nature of sexual offences, they are often committed in private. Before the amendments were passed, therefore, an intelligent child who satisfied a judge that she understood the importance of speaking truth but who demonstrated little appreciation for the significance of swearing on a Bible (maybe she was not grown in a religious household), would have had to have her evidence corroborated.

This requirement would usually be a huge handicap to the prosecutor and the victim, as given the nature of sexual offences, nine times out of 10, there would be no eyewitness to corroborate the evidence, and so the case would be dealt a deathblow.

On the other hand, no corroboration would have been required, all other factors being equal, if the child was able to demonstrate a reasonable appreciation for the significance of swearing on the Bible.

With the amendment to the Act, however, a child of tender years will no longer be required to swear on the Bible before giving evidence in legal proceedings. As such, a voir dire will no longer have to be done before his/her evidence is taken.

Once a judge questions the child witness and is satisfied that he/she is sufficiently intelligent to give evidence and understands the duty to speak the truth, that judge/magistrate may proceed to consider and rule on the evidence given without the need for corroboration or swearing on the Bible.

The amendment to the Evidence Act discussed above is, to my mind, a good move, as today's children are growing up less religious and should not be made to suffer access to justice for the want of a religious upbringing. Nevertheless, I cannot help but wonder if this is a further sign of things to come; the court today, what next tomorrow? The school?

-Shena Stubbs Gibson is an attorney at law and legal commentator.