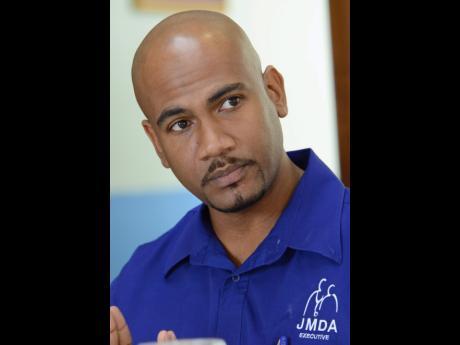 However, in an interview last night with The Gleaner/Power 106 News Centre, Dawes disclosed that he did receive pressure and threats during his tenure where he highlighted major deficiencies in the health service.

However, he says those played no part in his exit from the government service.

The medical doctor explains that his decision was mainly driven by a desire to develop the surgery aspect of his career.

Questioned further, Dr Dawes declined to say whether he had sought employment in the other areas of the health service.

Dawes was senior registrar at the Spanish Town Hospital in St Catherine but chose not to renew his three-year contract which expired last month.

His resignation as head of the JMDA was revealed on Tuesday in a letter to the association he has led for more than a year.

He says he had to resign because of his decision to leave the public service.

Throughout his tenure as JMDA head, Dr Dawes had consistently brought to public attention, the working conditions in the public health service and the weak attempts to address the situation.

In May, he led a press conference where he presented pictures and gave descriptions of how some of his colleagues have had to be using 'scandal bags' instead of surgical aprons to do their work in operating theatres.

Dawes also charged that operating theatres are anything but sterile as the environment was filled with fungi.

A subsequent audit of health facilities confirmed many of the claims by the JMDA.