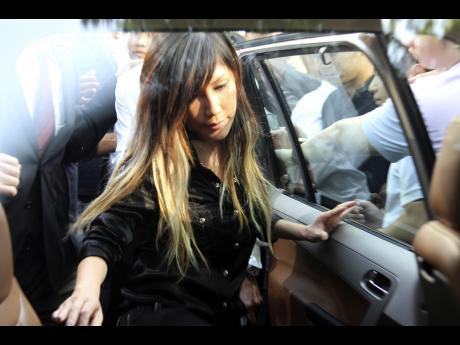 AP photo
In this June 27, 2012, file photo, Singaporean pop music singer Ho Yeow Sun, popularly known as Sun Ho, gets in a car as she leaves the Subordinate Courts in Singapore. Her husband Kong Hee, the founder of the popular City Harvest Church, was found guilty on Wednesday. 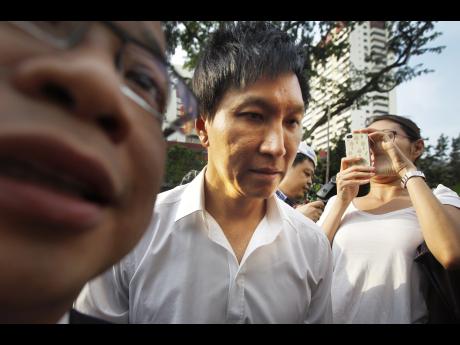 AP photo
In this July 12, 2012, file photo, City Harvest Church founder Kong Hee, centre, is surrounded by the media as he arrives at the Subordinate Courts in Singapore. The founder of the popular Singapore church has been found guilty Wednesday.
1
2

The founder of a popular Singapore church was found guilty Wednesday of misappropriating more than US$35.5 million in donations to support his wife's singing career in Asia before helping her break into the United States (US) market for evangelisation purposes.

Yeow Sun is also said to own multiple business and also reside in the US.

The State Court also found that they used another 26 million dollars (US$18.5 million) to hide the first embezzlement from auditors. It is a rare case of corruption of such magnitude in the city-state, which has an image of being highly law-abiding and largely graft-free.

"They were not genuine transactions because the accused persons controlled these transactions," presiding judge See Kee Onn said in finding Kong guilty on three counts of criminal breach of trust.

"Evidence points to a finding that they knew they were acting dishonestly, and I am unable to conclude otherwise," he told a courtroom packed with church supporters, who formed long queues since early morning to get seats.

No date for sentencing has been set.

The penalty for criminal breach of trust is a maximum of life sentence.

For falsifying accounts, the penalty is a maximum of 10 years in jail and a fine.

The trial has put mega-churches that have risen in popularity in the affluent island nation in the spotlight.

Despite the evidence against the church leaders, members have rallied around them since the case started in 2012.

They felt funds were rightly used to finance the church's Crossover Project, with stated aims to use pop music to reach out to non-believers, of which Kong's wife, Ho Yeow Sun is the face.

The stolen money was first pumped into a music production firm and a glass manufacturer, but these companies were owned by longtime churchgoers and ultimately used funds to support the secular music pursuits of Ho, who did not face any charges.

Four other members of the group were found guilty of additional charges for falsifying the church's accounts.

A fifth member, like Kong, was found guilty on three counts of criminal breach of trust.

She broke into the US market in 2003, appearing in several videos.