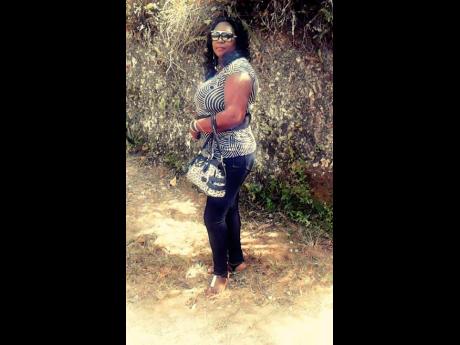 Andrea Berbick's life is a story of resilience, faith, picking up the pieces, and overcoming. Berbick, who cheated death twice, shared her story with Family and Religion.

One day in August, 1999 - it should have been an ordinary one for Berbick, but it turned out to be the most horrific day of her life.

Her then boyfriend, earlier in the morning, was given ganja tea mixed with something else (she was later told) and he came home going berserk. There was no warning, no time for defensive action, as he went on a chopping spree with his machete.

He attacked everyone in sight at the Claremont, St Ann, home where she lived. He chopped her young son in the head, who eventually died at the Bustamante Hospital for Children. He chopped her neighbour's son also killing him; chopped her father and gave her five chops - three to the head, one on her shoulder and one in the back.

Reliving the horror, Berbick said when she got the first chop in her head, she cried out, "Jesus, please don't let me die this way!"

Lying in the St Ann's Bay Hospital, doctors held little hope for her survival. The attack also left her blind. Doctors thought would not regain her sight.

Berbick was later transferred to the Kingston Public Hospital. The doctors there didn't hold out much hope for her there either - except one.

"I remembered him telling the head (chief) doctor that he wanted me for his patient. The reply he got was 'why this one, there are so many others, why this one who won't make it?'. "

Berbick said she was unable to see, but she held out her hand and the doctor who was requesting her as a patient asked her if she wanted to say something. He leaned closer to her and she whispered in his ear, "I am not going to die, I am going to walk out of here!"

He took over the task of taking charge of her medical care, witnessing for himself her determination to pull through.

She left the hospital better physically, but still unable to see.

Because of her handicap, she stayed with one of her sisters who lived in Kingston.

One night, she got a dream where a lady approached her and told her to go and dip her head under the water at a river in St Mary and she would see. She told her sister the dream and asked to be taken there. Her sister laughed and told her she was 'having hallucinations'.

"The dream came back, but this time the lady was upset and insisted I go there. I told my sister about the dream again and this time she took me there," Berbick related.

She followed the instructions she got in the dream and when she raised her head, she started screaming that she could see.

"My sister was surprised, from that moment, I was seeing even better than before."

Healed, and putting the pieces of her life back together, Berbick was dealt another cruel blow this year when she was diagnosed with cancer.

According to her, in her spirit, she was not alarmed by the news, as she was confident she would be healed.

She attended Faith Evangelicals Association located at the Town Centre Plaza in Portmore and was prayed for by Pastor Apostle Romeon Facey.

"He anointed me with olive oil and prayed for me, denouncing cancer from my body - it's as if I knew I was healed. Since I received that, prayer I felt a release," she said.

Shortly after, Berbick submitted her life to the Lord.

Berbick went back to her doctor in St Ann where she had one last test to do before the scheduled surgery.

"He was amazed as there was no sign of the cancer," she said. For Berbick, who had beaten the odds in her attack, when she was expected to die, this was another manifestation of God working in her life.

"I never gave up once. He is my miracle worker," she said reaching out to others who may be facing similar or worse challenges "The life is in your body, never give up. He can work bigger miracles for you. Life is over when you give up," are her sage words.

Berbick who now worships at Faith Evangelical Association is looking ahead to just serving God and allowing Him to use her for what He wants.