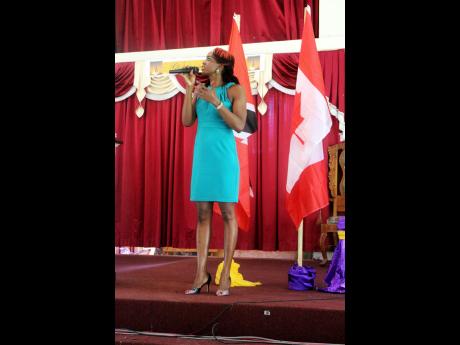 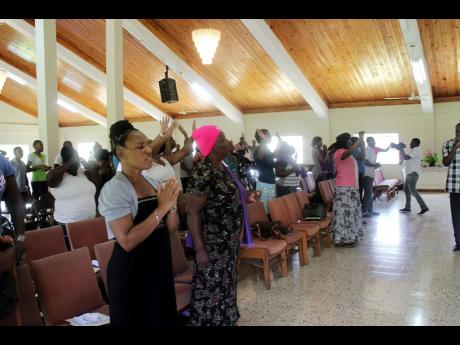 Tamara Bailey
Those in attendance at the fresh oil summit at the Caribbean Pentecostal College recently. 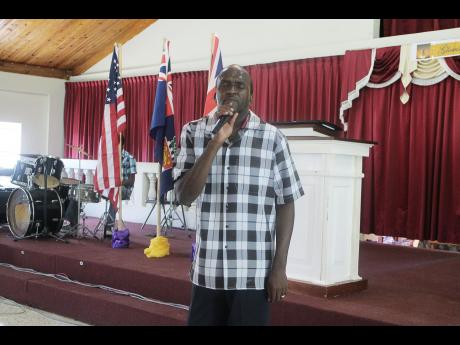 The Members of the Special Effects Ministries, in association with Evangelist Carlton Daley, gathered hundreds of persons at the Caribbean Pentecostal College in the parish last Saturday for an unleashing of the Holy Spirit at the 'Fresh Oil Summit' retreat.

The retreat, which has been in existence for the past nine years, has seen several parishes being impacted, in addition to having several Christians understanding and embracing their purpose.

"I believe there are a lot of young people attending churches who have the calling, but do not know how to explore (it) and so when they come into a setting where the atmosphere is set and worship begins, they are able to go through many avenues ... and that is pretty much why I started this. It is geared towards everyone who has a gift and wants to explore," stated Daley.

As an evangelist with more than 12 years' experience, Daley said individuals as young as nine and as old as 65 have attended the retreat with a yearning to heighten their Christian walk.

"It's a three-day retreat which began on Friday and we have people coming in from all over the island. So we just have more worship on Saturday morning. We have Morning Glory and then in the afternoon, we try to balance it. I believe the church is top heavy. We go on a spiritual high, but there is no foundation, so depending on what God is saying, we get a speaker for the afternoon and in the night."

He added, "On Sunday morning, we have fasting and later, we introduce the Old Tabernacle, where we bring in the Old Ark and the blowing of the shofar after which, a public declaration will be made and the lighting of the seven candlesticks will happen - because of the light that is going out of the churches."

Special guest presenter and media personality, Denise Hunt, gave a spirited message that was well received. She carefully outlined episodes of her own Christian journey and implored persons to find their purpose.

She further mentioned that if one is to maintain one's faith in God, it is very necessary to keep one's area clean, first looking within self and even moving to the point of encouraging others along the way.

Among those who have experienced a breakthrough from the retreat is Sashagaye Livingston.

"I have been a part of the ministry for the past eight years. It is islandwide, but God has been so good, we have spread our wings and we have people all over the world now. I was a fearless little girl, but God rose up this man called Evangelist Carlton Daley (to help me): he is indeed a wonderful soul. God has used him to pull me out of a messy situation I had been in. The devil had me tied up so much and thanks be to God for this ministry, I am growing in grace."

The ministry is now looking forward to a prophetic conference in December geared towards preparing individuals for the last day events.