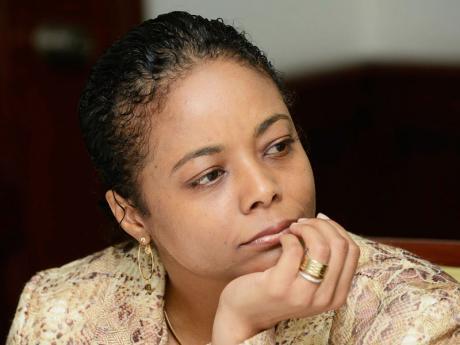 Opposition senators have pulled out of the debate on the proposed establishment of the Caribbean Court of Justice (CCJ) as Jamaica's final court of appeal, over the suspension of Marlene Malahoo Forte.

In a letter today, Leader of Opposition Business in the Senate, Tom Tavares-Finson advised Senate President, Floyd Morris that the seven remaining opposition members will not continue to participate in the CCJ debate until the suspension is lifted and Morris and the other government senators apologise.

But at separate events today, Morris and government senators declared that the suspension will not be lifted until Malahoo-Forte presents to the Upper House, the letter she claims was written by the Privy Council advising that it could travel to Jamaica to hear cases.

They also declared that they will not apologise and maintained that Malahoo Forte was disrespectful of the Senate and its president during last Friday's sitting when she defied an order to submit the letter to which she made reference in her contribution to the CCJ debate.

Meanwhile, with news emerging that the letter was not signed, the Justice Minister, Mark Golding has said he will seek to confirm from the UK-based Privy Council whether it wrote the letter.

Golding has raised doubts about the Privy Council's alleged willingness to travel to Jamaica to hear cases. The Gleaner/Power 106 News Centre has obtained a copy of the letter dated April 16, 2010 that was allegedly addressed to Dorothy Lightbourne, the then attorney general and justice minister.

The letter does not contain a signature but the name, Louise di Mambro, with the title acting registrar attached.

The CCJ debate started in the Upper House on October 16 and continued last week.

Several members are yet to make their contribution to the debate after which a vote is to be taken.

The Government needs the support of at least one Opposition senator in order for the bills to be passed.

Earlier this year, the government used its two-thirds majority in the Lower House to approve the bills.