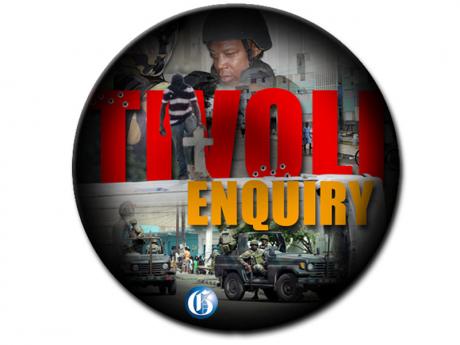 Chairman of the West Kingston Commission of Enquiry Sir David Simmons this morning indicated that his tribunal has enough evidence to draw the inescapable inference that the armed thugs who confronted members of the security forces during the May 2010 operation in Tivoli Gardens were armed to the hilt.

The pronouncement came as attorneys for the Jamaica Constabulary Force (JCF) and the Jamaica Defence Force (JDF) asked the three-member panel to view the 141 firearms that were recovered in the operation.

In addition to the firearms, Superintendent Michael Phipps testified this morning that a total of 7,049 assorted rounds of ammunition were seized in the operation.

Seeking to have the commissioners view the weapons attorney-at-law Linton Gordon who is representing the JDF, pointed to suggestions earlier in the enquiry that firearms found during the operation were taken from the JCF armoury and planted.

However, Simmons, in his response, suggested that his panel has heard enough evidence from police and military witnesses to form the view that they are not weapons used by the security forces.