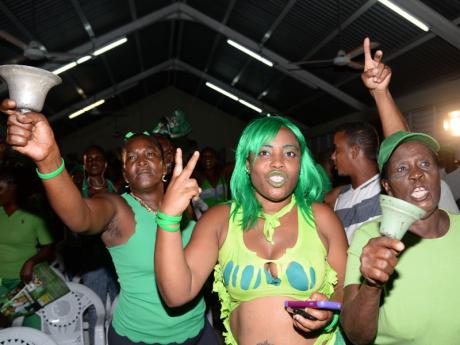 It was the first order of business for Robertson who anchored the JLP's 'Poverty to Prosperity' session in Eastern St Thomas, Thursday evening.

"You have taken representation to a new level,” Robertson said to Holness.

Robertson had engaged in a battle with the leadership of the JLP after Holness assumed the reins of the party in 2011, with his post as deputy leader coming under threat at one point. Thursday evening, Robertson also paid tribute to Audley Shaw and Central Clarendon MP Mike Henry as well as the past three leaders of the JLP for the role they played in the development of the parish of St Thomas.

In the meantime, Robertson has also backed Delano Seiveright as the JLP's candidate for Eastern St Thomas.

"You are lucky to have such a young man ... it is with Delano Seiveright’s help that Jamaica got its first energy policy ready."