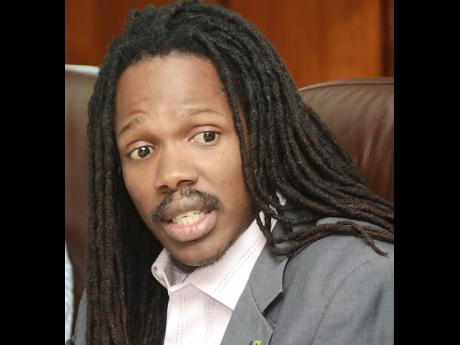 The signing of a Memorandum of Understanding for the redevelopment of the National Heroes Park, downtown Kingston, could be a step in the right direction in making Kingston a tourist destination.

That is the belief of the State minister in the Ministry of Tourism and Entertainment, Damion Crawford, who was addressing the signing ceremony, which took place on Tuesday, between contractor Black Brothers, Culture, Health, Arts, Sports and Education Fund and the Tourism Enhancement Fund.

"We have long recognised that if we intend to diversify the market, we first must diversify the products because not all markets want the same product. It is with that in mind that we have embarked on improving our heritage sites and have made great investments across the island in enhancing our attraction areas," he declared.

"It is also with that in mind that we have focused on Kingston as the next tourist centre for the island. For too long, many persons have ignored Kingston and, in fact, have placed the blame on the city for whatever negative is associated with Jamaica," he continued.

He said that his ministry has already applied to the Ministry of Youth and Culture to have Kingston declared a creative city, "and we are moving further on, to ensure that heritage sites such as the National Heroes Park are invested in and up to the proper standards," Crawford said.

The $2.5 billion project is said to be divided into five distinct zones, which will include the Shrine for the Heroes, the passive-contemplative zone, the active zone, the service zone, and the zone reserved for Parliament Building. The aim is to have a defined space which would house national elements of the country's history, and a recreational space for the people of Jamaica and visitors alike.

Dr Omar Davies, minister of transport, works and housing, whose ministry is undertaking the project, told The Gleaner that the project, which should begin before the year ends, should be completed within six to nine months.

"The total cost of the project is estimated to be $2.5 billion. However, don't be frightened by that number, because you are not going to get quality without proper investment. We are united in the belief that the ordinary people of the Corporate Area deserve a park of the highest quality," Davies said.

"I can see the justification for the Tourism Enhancement Fund's support, because this can become a major attraction in the rebirth of Kingston as a tourist destination, and it is important that our children have a good knowledge of our history," he said.

The minister added, "Therefore, raising the money is a critical task, but it is not the most significant. What will be important is the maintenance of the facility, and I appeal to persons to bear in mind the value of this important area and exercise utmost care."