Believe and you will achieve 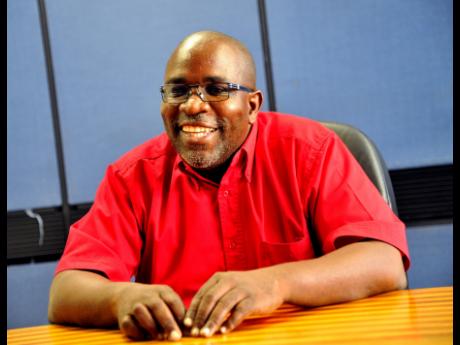 Many children in Jamaica face difficult realities in their families and communities, which often result in them being placed in foster care programmes. There are close to 6,000 children in state care, and for many of them, foster care is just the lifeline they need in order to have a better future.

Ultimately, the questions are: What happens after these children make the transition into adulthood? How do they survive? Do they become successful members of society? Desmond Plunkett, community pastor at the Swallowfield Chapel in Kingston, is a success story

Several years ago, Plunkett and his younger brother were placed in foster care after his eldest sister realised the less than favourable conditions he and his siblings were living in at the time in St Mary. Once a closely knit family, unfortunate circumstances led to his parents' separation, which, ultimately, filtered down to his siblings as well.

Plunkett grew up in Crab Hall just outside of Annotto Bay in St Mary. His family lived in a predominantly farming community and although they could be considered poor, they were comfortable. "We did everything together as a family. There were eight of us and we were each other's company. Even though we were poor, we didn't even know we were poor," Plunkett said.

He received his early childhood education at the Annotto Bay Basic School and then transitioned to the Annotto Bay All-Age School. However, as the problems faced by his family continued to mount, they were forced to relocate several times, albeit in the same general area. As the years went by, his older siblings moved out and the unexpected departure of his mother left the rest of the family in disarray.

"The relationship between my mother and father became abusive. My mother moved out because of the issues and, for many years, we did not know where she was. The three young children, myself included, were left in the care of our father," Plunkett said.

His eldest sister, who visited occasionally, noticed the unbearable conditions under which the three lived and decided to intervene. "Our father was not caring for us. At times, we did not have food to eat. We ended up asking persons for help or went to the extreme of begging on the streets," he said.

At 12 years old, Plunkett and his younger brother and sister were placed in a foster care programme. Initially, they were taken to the Homestead Place of Safety and then later transferred to the Alpha Boys' Home and his sister to the Glenhope Place of Safety. He was fearful of being placed in foster care, and during the first few weeks and months, was extremely terrified.

"I said 'What kind of place is this?' It's as if my entire world collapsed. We were growing up with each other and then suddenly it dawned on me that we were all separated. Even though my little brother was with me, I was also very concerned for his well-being as well," Plunkett said.

Initially, Plunkett lived in the junior home and went into an intense culture shock. "The dormitory was something to behold. I wondered many times why I was there and I had so many mixed feelings. I was afraid. I worried a lot and I was fearful of being bullied," he said.

However, after the first year, he began to understand the system and became appreciative of the efforts of the Sisters of Mercy, who were responsible for the home. Over the five and a half years he spent at the Alpha Boys' Home, Plunkett had the opportunity to receive quality education and skills training when he worked at the printery.

"Being at Alpha taught me how to be responsible. We had food and shelter, but we also had our chores. We also had to learn to work as a team and make do with the little that we had," Plunkett said.

In preparing for his departure from the Alpha Boys' Home, Plunkett said there were bittersweet moments. With only minimal savings, Plunkett was unsure where to go and how he would survive, but, as fate would have it, he received accommodation at the home of his maternal aunt, but this was short-lived. After his brother also left Alpha, they went out on their own.

At 19 years old, he was introduced to the Swallowfield Chapel shortly after he became a Christian. "When I started at Swallowfield Chapel, my brother and I rented a place near the church. Coming to Swallowfield changed my life completely. I never dreamed that I would achieve anything in life. I could not envision living outside of Alpha and I told myself I would not come out to anything because I did not have the support," Plunkett said.

"When I received the Lord Jesus, a world of possibilities opened up to me. I started to believe that I could be anything I wanted to be," he said.

It was not smooth sailing for Plunkett as he sought to upgrade his educational qualifications while balancing a full-time job. He would sometimes miss some of his examinations because of a lack of resources. He was not discouraged and, after meeting Angela (now his wife of almost 20 years), Plunkett worked assiduously with her support to complete his education. This he did in 2014, when he completed a Bachelor of Arts in Social Work from the Jamaica Theological Seminary.

Since 1998, Plunkett has been actively involved in full-time ministry at the Swallowfield Chapel. He started as a field officer and worked his way up to his current post. He is in charge of various ministries and works closely with his wife's 'Youth Reaching Youth' programme aimed at changing the lives of disadvantaged youths.

He is encouraging young persons who are involved in foster care programmes not to become dismayed, but to cast all their fears upon the Lord who will renew their strength and give them a purpose in life.