Gloria Palomino: No signs of slowing down 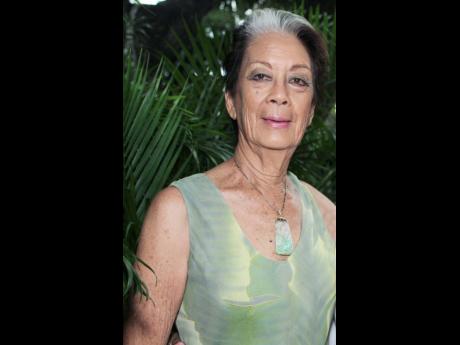 If you've ever dined at The Gap Cafe near Holywell, in the rural mountains of St Andrew, or at the Grog Shoppe at the historic Devon House, then you would have been treated to a gastronomic experience of high order.

The force behind your enjoyable meals would be Gloria Palomino, who is as much a philanthropist as she is a successful businesswoman. Palomino noted that she started her own business at 22 years old.

"I continue to work as I've been blessed with good heath up to now," she said. "I am so involved with several charities and, therefore, in order to fund and to give back to my country, I choose to work, as it takes cash to care." A founding member of Woman Inc, Palomino is also a member of the American Women's Group and was awarded the Badge of Honour and the Order of Distinction in the Officer Class for contribution to the Jamaica Constabulary Force. With The Gap and Grog Shoppe being as renowned as they are, Palomino's legacy is well set.

"I don't have a succession plan in place," she said. "All my children have their own successful businesses. When the time comes, hopefully I'll be able to sell." The most famous entrepreneurs and business people have numerous anecdotes for success. Palomino has her own personal formula, and at the core of it are two words, 'hard work'.

"There is nothing that beats hard work," she stressed. "One must have honesty and integrity in all your dealings with your customers and your peers. In fact, with everyone with whom you do business." But Palomino, who just turned 75, is showing no signs of slowing down. Retirement is a foreign word and concept to her.

"At this point, no!" she said, referring to stepping back from her activities. "The good Lord continues to blesses me with energy and good health."