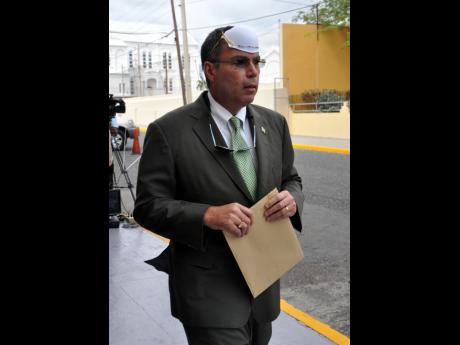 File
Vaz ... had moved a motion for Ferguson be fired for dereliction of duty.

Opposition Member of Parliament Daryl Vaz today walked out of House of Representatives after the House Speaker Michael Peart refused to allow a debate on a censure motion he brought against Dr Fenton Ferguson as Health Minister.

On Friday, the Prime Minister announced that Ferguson was being reassigned to the Labour and Social Security Ministry and so today Peart ruled that the motion was redundant.

Peart insisted that it would be illogical to have the debate on the motion. Vaz who represents West Portland had wanted Ferguson be fired for dereliction of duty.

In pressing for the motion to be debated, Derrick Smith, the Leader of Opposition Business, said that the opposition would not accept the move against a debate saying there was precedence.

He also warned that the opposition would not sit in the House unless the motion is debated.

But that did not sway the House Speaker.

Opposition members would remain in the House but Vaz walked out saying he was being muzzled.