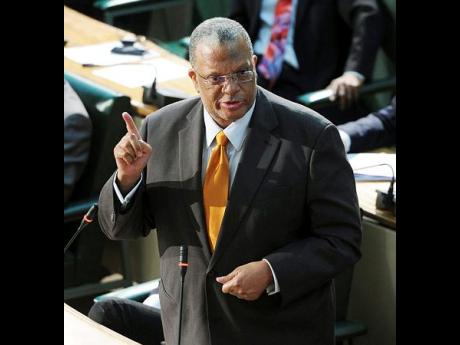 The Government has sought to make it clear that changes to the National Housing Trust (NHT) interest rates will only apply to new borrowers and not existing mortgagors.

Yesterday, the government announced that there will be a one per cent  reduction in interest rates as well as an increase in the amount borrowers can access to $5.5 million from $4.5 million.

Following that announcement, some members of the public have sought clarification on whether existing NHT borrowers would benefit from the reduced interest rates.

In responding to the queries, Finance Minister Dr Peter Phillips, said the reduced interest rates would only benefit new borrowers.

He reiterated that the new loan ceiling would only benefit those who are buying properties in new housing developments and those constructing new housing units.

Meanwhile, Phillips is insisting that the timing of the NHT changes is not a political move.

Meanwhile, in a statement this morning, the NHT said new applicants employed to the public sector will benefit from the changes while continuing to enjoy the one per cent interest rate reduction that had been granted to them in  2010.

NHT last increased its loan limit and lending rates in May 2010.