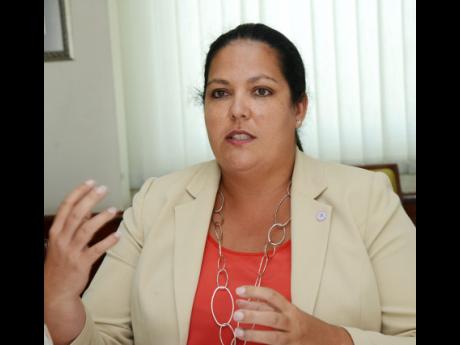 Following the successful inaugural staging of the Jamaica National Building Society (JNBS) Foundation's 5K Run/Walk on Heroes Day in Falmouth, Trelawny, the philanthropic arm of JNBS will continue to receive significant backing from the crowdfunding platform, ISupportJamaica, to facilitate additional donations towards its project.

The proceeds from the JN Heroes in Action will go to the Granville Place of Safety for the construction of a media library, classroom and sewing room.

Following the event, staged as part of the building society's 141st anniversary celebrations, Saffrey Brown, general manager, JNBS Foundation, said ISupportJamaica will continue to promote the JN Heroes in Action initiative, which will result in wider support from persons in Jamaica and Jamaicans in the diaspora.

"The first leg of our fundraising activities from the staging of our 5K Run/Walk was a successful beginning. And now, through ISupportJamaica, persons can use the online medium to exercise and demonstrate their civic pride, as well as their patriotism, by contributing to change the lives of those who are considered most vulnerable," she said.

Granville is home to 60 girls ranging in age from eight to 18 years, who are deemed in need of care and protection. The home exposes wards of the state to positive reinforcement through academic, social and life skills necessary for growth and development.

Brown posits that continued donations and support from the public will contribute to the realisation of a comfortable and conducive environment in which the girls will thrive.

She commended the endorsement of Usain Bolt and the Usain Bolt Foundation for the support of the JN Heroes In Action 5K Run/Walk, which resulted in hundreds of persons converging on the Falmouth Pier to participate in the charity run.

In the near future, there will be a launch for the beginning of the construction of the new facility. In addition to making donations via ISupportJamaica, persons may also make deposits at JN Branches and MoneyShops to the JN Account #2094208750.