Dalley meets with families of dead babies at Cornwall Regional 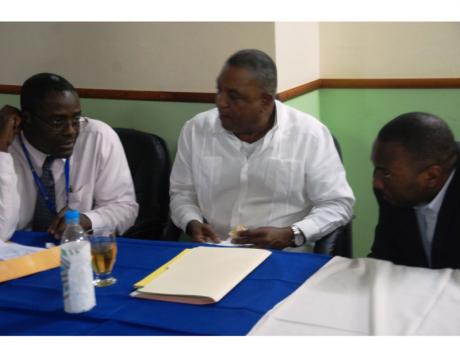 Health Minister Horace Daley has met with family members of the seven babies who died at the Cornwall Regional Hospital during a recent infection outbreak at the institution's Neonatal Intensive Care Unit.

A week ago, Dalley met with the parents of the 12 babies who died at the University Hospital of the West Indies.

According to Dalley, the interactions were "very touching".

"To me it is one of those experiences that I will always remember," he said.

Dalley says during the talks, the family members related their experiences at the hospital leading up to the deaths.

According to him, they criticised the weakness at the hospital while at the same time commended the staff for their support.

The health minister says the management and senior staff of the Western Regional Health Authority and Cornwall Regional, who were also a part of the meeting, expressed grief and sympathy for the parents.

He has sought to assure the parents that the Authority and the hospital’s management have taken steps to ensure that there is no repeat of the situation.