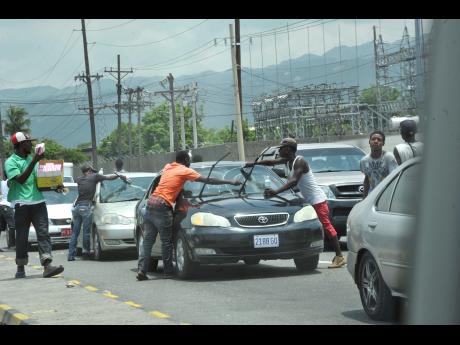 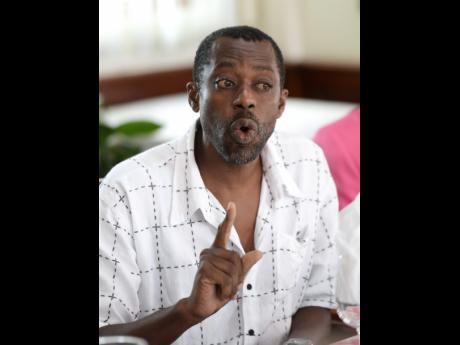 The proliferation of young boys cleaning windscreens at the intersections is cause for concern for social anthropologist Dr Herbert Gayle, who has charged that families are sacrificing their boys to fight economic hardship.

"It's a survival tactic. People with more resources will think that these parents are wicked, but the truth is that it's just a matter of surviving their economic situation," said Gayle, who last Thursday explained a five-step survival process employed by Jamaica's most economically stricken households.

According to Gayle, in these economically challenged households, the male or father figure who cannot provide for his family is usually nagged or belittled out of the house by the female, who then tries to manage on her own by seeking employment.

This second step, however, is often skipped, particularly in single-parent settings, said Gayle, adding that it is the young boy who is "sacrificed" to provide for the family.

"Once we are in a situation where hunger threatens, the boy stops from school to work in order to make sure that his sister goes to school and that his mother is provided for. This happens by age 12 in Jamaica," said Gayle, who has studied extensively the links between poverty and crime in Jamaica.

"It is extremely common in Jamaica. One in four boys in Jamaica hustles. All the studies we have done show near 25 per cent, and they are very consistent," said Gayle.

"The fourth step is that the mother or woman may go into prostitution or have multiple partners. The final stage is where she starts to pimp the daughter."

Gayle said that while there has been no recent studies on the nation's windscreen cleaner boys, studies before have shown that many of these youngsters have severed or have problematic relationships with their often single-parent mothers.

In some instances, he explained, studies reveal that parents, particularly mothers, influence their sons into criminality, and protect them from the police when they are being sought.

"It is a very natural and normal thing for parents, particularly mothers, to cover for their sons. It's natural for them to deny or tell lies on their behalf. It's how the brain works as a caregiver," he said.

"The real problem starts when a mother consistently shields a child in crime. When she encourages him into gangs and seeks promotion in the gangs for him. It is worst when she herself starts to benefit from the proceeds of crime.

"I have always lobbied that there be a broad minimum of resources for each family in Jamaica. This will help to curb this issue," added Gayle.