Sagicor gives back in 45 ways 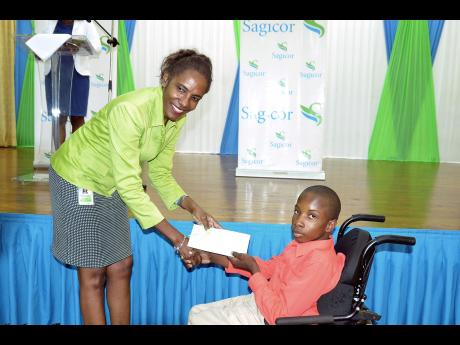 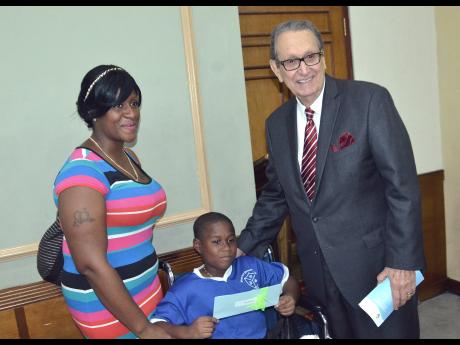 After X-rays of his knee, doctors were unable to determine his medical condition.

It wasn’t after Parkinson began to tether to his left side that X-rays showed his hips were not properly formed, and he needed a brace to keep the weight off them. His mother, Jessica Melhado, was devastated.

Having been left single following the death of his father before he was born, Melhado could not afford to purchase the brace.

After months of wearing a makeshift brace, thanks to Sagicor Group Life Jamaica, Parkinson received the full amount for his hip-abduction brace through the company’s 45th anniversary initiative #45WaysToGiveBack.

“I feel so happy,” said Parkinson, a grade-three student at Waterford Primary School. “I know I will get better and thanks to Sagicor, I will be getting the brace,” he said. Parkinson was among 45 individuals, charity groups, communities and institutions that benefited from the #45WaysToGiveBack initiative.

The initiative gave Jamaicans the opportunity to send in nominations for projects. The recipients were selected by a panel and only clients and children of Sagicor Group Jamaica and its subsidiaries were selected to receive assistance.

“I am feeling great,” said young Ajani Miller, who received the full cost for a hip, knee, ankle surgery. The William Knibb High School student is optimistic the surgery will be successful and will give him an opportunity to walk.