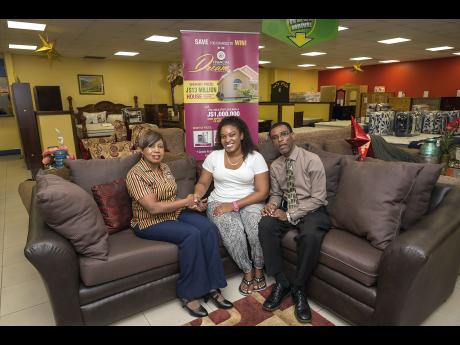 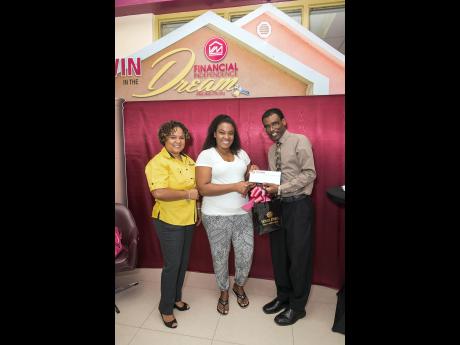 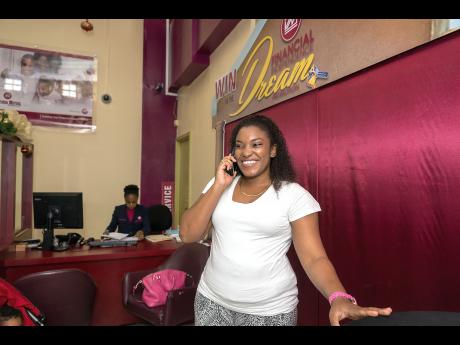 "I feel overjoyed and humbled by the whole experience. It's a great feeling," said Racquel Reynolds after winning the top prize in October in the Victoria Mutual Financial Independence Dream Promotion.

A resident of Westmoreland, Reynolds, who received the good news during the institution's 137th anniversary celebrations, has the option of selecting furniture, appliances or electronics valued at up to J$200,000 from Courts (Unicomer) Jamaica.

"Never in a million years would I have thought that I would be lucky enough to win anything, especially this," a grateful Reynolds said. The promotion, which started in October 2015, gives new and existing members who enter numerous chances to win more than J$16 million in prizes for every J$25,000 in their VMBS savings or deposit accounts on each draw date. The grand prize is a two-bedroom house in Caymanas Country Club Estate valued at $13 million.

Victoria Mutual has embarked on this initiative which aims to help persons build financial independence through a process that incorporates homeownership. In addition to the grand prize of a house, one lucky saver will start 2016 with J$1 million which can be used for the deposit and/or closing costs on a house or a home makeover.

Members can also win great monthly prizes, including furniture, appliances and electronics valued at up to J$200,000 from Courts (Unicomer) Jamaica as well as vouchers for grocery, FLOW phones/cable or credit services, Courts and JPS coupons valued at J$10,000. The more savings, the more chances to win.

Emphasising the benefits of saving with Victoria Mutual, Senior Vice-president and Chief Operating Officer Peter Reid said, "At Victoria Mutual we take pride in assisting our members on their journey towards financial independence, and saving is an integral part of that journey."

Entrants for the VM Financial Independence Dream Promotion must be 18 years and older and must be the primary account holder. Winners will be randomly selected electronically and the promotion will be conducted islandwide at all VMBS locations. For further information, persons can visit www.vmbs.com or call 754-8627.