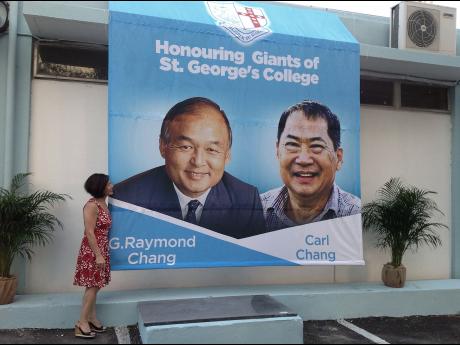 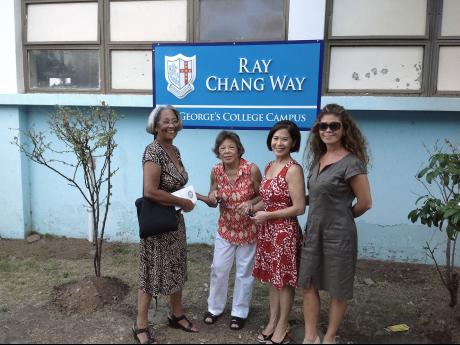 St George's College, on Monday, November 23, blessed and dedicated its renovated driveway and the circle it culminates in, to the late G. Raymond Chang and Carl A. Chang, two Georgians whose passion for their alma mater is well known and well documented.

In a moving Mass celebrated by Archbishop Charles DuFour, who blessed the road and signs, the Chang families, represented by Donette Chin-Loy Chang, widow of Ray, and Paula Chang, widow of Carl, declared the roadway open with the symbolic cutting of the ribbon.

Also participating in the ceremony were: Fr Rohan Tulloch, SJ; Monsignor Gregory Ramkisoon; Fr Chris Janos; Ronald Thwaites, minister of education; and a number of other deacons. Principal Margaret Campbell hosted the event and was ably assisted by students of the school.