A DPP’s reversal & ROPA made simple 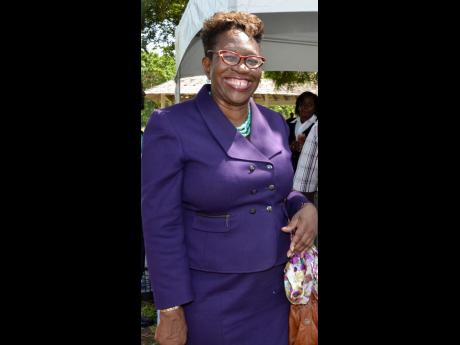 Late last week, Director of Public Prosecutions (DPP) Paula Llewellyn reversed herself on a decision she had taken earlier in the year not to prosecute Mayor Shernet Haughton for allegations of corruption in her public office.

The recommendation for Haughton to be charged had come from the Office of the Contractor General. From all I have hard, it appears the DPP's earlier decision not to prosecute had been premised on her interpretation of the relevant laws, to wit, no proceedings could be instituted against Haughton because the contracts at the heart of the matter, being under $500,000 each, had not satisfied the necessary threshold.

Contractor General Dirk Harrison having challenged the DPP's ruling in the Supreme Court, it appears, prompted the DPP to have another look at the matter, and after consultation with other esteemed legal luminaries, concluded that she had erred in her earlier interpretation of the law. Consequently, she determined that a reversal was in order.

Last Thursday evening, I heard Abkka Fitz-Henley on the Nationwide News Network evening programme making heavy weather of the DPP's reversal, referring to it at one stage as "inelegant" and in his persistence, betraying, in my opinion, a clear lack of understanding of the practice of law.

In the practice of law, as the DPP was at pains to explain to Mr Fitz-Henley, albeit with limited success, it is not uncommon for different lawyers, even judges, to offer multiple interpretations of one single provision, without such variations in any way diminishing from the calibre of the proponents.

On the other hand, Fitz-Henley's co-host, the veteran Cliff Hughes, pointed out, and I agree, that a discussion on the length of time that it took for the DPP to reverse herself is in order, but enough with the reversal itself, Mr Fitz-Henley!

Representation of the People Act (ROPA)

It appears I digress; however, the issue of the DPP's reversal brings into sharp focus the difficulties some persons are experiencing in interpreting the ROPA (the act), in so far as the prescribed time period for calling a general election is concerned.

For instance, various groups had expressed concerns that had the PM announced the date for the general election last Sunday, of necessity, the date announced would have fallen so close to Christmas Day as to be disruptive to the season.

Today I will look at the provisions of the act which speak to the time period that must elapse between the announcement of an election date and the actual election date. And for my sins, I will even venture so far as to proffer my own interpretation of those provisions.

Section 21 (1) of the act provides that nomination day shall be such day other than a Sunday or public holiday as may be appointed by the prime minister by notice in the Gazette, not being more than seven days after the publication of the notice.

As for election date, Section 21A of the Act states that the day on which the poll for taking votes is held shall not be less than 16 days and not more than 23 days after the day appointed as nomination date.

However, I imagine announcing a nomination date too far in advance, while it may have inured to predictability in the marketplace, would not have inured to good politics. Not only would the PM's hands then be tied if factors occurred after the announcement, which suggested an earlier or later date would be more advantageous to her party, but additionally, the opposition would also benefit.

A longer than usual notice period would allow the opposition to better mete out its alleged meagre resource to match pace with the date of reckoning, a leverage, it would appear, no 'right-thinking'. administration would ever allow its keenest rival.

• Shena Stubbs is an attorney-at-law and legal commentator. Send feedback to: shena.stubbs@gleanerjm.com, Twitter:@shenastubbs.