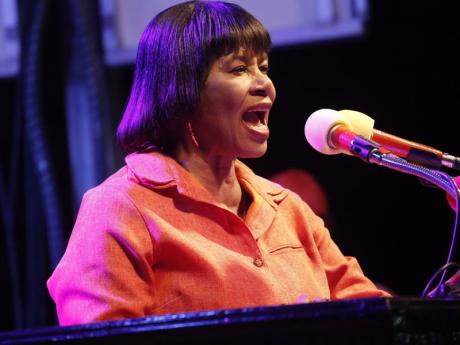 Simpson Miller ... I consider the request to be a vote of confidence in our government because it is our government that has put these polices in place.

People's National Party (PNP) president Portia Simpson Miller has responded to a request from a group of major national stakeholders who last week wrote to her seeking commitments for five major items going into the next general elections.

The stakeholders had also written to the Jamaica Labour Party Leader, Andrew Holness.

"The response from the PNP and the government is a resounding yes," Simpson Miller said while speaking at a PNP mass meeting in Morant Bay St Thomas Sunday.

The five items for which commitments are being sought are: Fiscal responsibility; price stability; social safety net; public/private sector partnerships and the ease of doing business.

"I consider the request to be a vote of confidence in our government because it is our government that has put these polices in place," Simpson Miller said.

The PNP president pointed to significant advancement in the environment for doing business as well as the lowering of inflation to a 40-year low as a result of the policies of her government.

"The PNP government has removed that tax from the back of poor people," she said while stating that inflation is the greatest tax on the poor.

"The country and people of Jamaica have made many sacrifices under the current IMF (International Monetary Fund) agreement, and our economic reform programme, which we all believe could be one of the last opportunities for Jamaica to change its economic misfortune and finally see development," said the letter to Prime Minister Portia Simpson Miller and Opposition Leader Andrew Holness.

In Morant Bay, Simpson Miller said that her government has put in place a social safety net to protect poorer Jamaicans.

She also said an agreement was inked last week to provide an additional $6 billion to provide more cash grants for people on the Programme of Advancement through Health and Education.