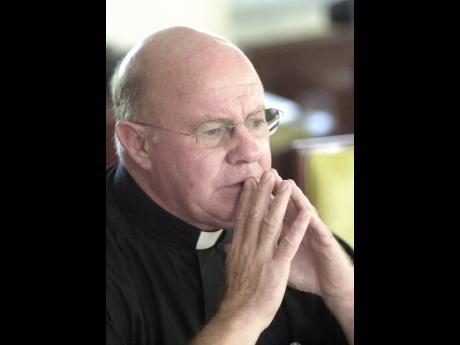 File Photo
Monsignor Albert died at the University Hospital of the West Indies on Monday evening, hours after he complained about feeling ill.

Monsignor Albert died at the University Hospital of the West Indies on Monday evening, hours after he complained about feeling ill.

In he tribute Simpson Miller said “Monsignor Albert devoted his life to the betterment and service of others. The Catholic Church has lost a true man of the people. His dedicated visionary efforts to improve the lives of the most vulnerable in our country will not be forgotten”.

In expressing condolences to his family and the Catholic Church community the prime minister added that “Jamaica has lost a friend and a true servant of the people”.

The opposition leader in his tribute expressed shock at the passing of the noted priest.

Holness said "Monsignor Albert was one of the icons of Jamaica, a man who had such a positive influence that he transcended politics and the different strata of society. While his work focused on inner-city renewal and violence prevention, his influence reached far and wide".

He added that the entire Jamaica Labour Party family is mourning the loss of Monsignor Albert and he will be constantly in their memory for a long time to come.