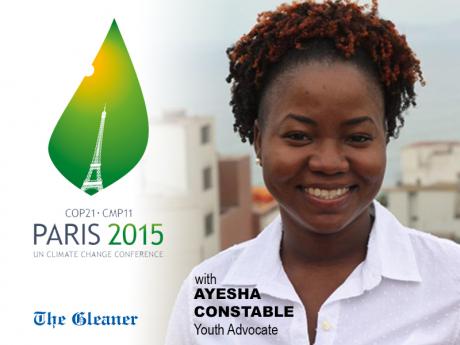 PARIS, France:
Jamaican negotiators at the UN Conference of Parties (COP21) now underway in Paris, France are suggesting that provisions to support vulnerable countries in the climate change initiative could be weakened by developed nations.

The negotiators have briefed Jamaica’s Foreign Affair Minister AJ Nicholson who is in Paris for the conference.

According to the negotiators, some developed countries would like to omit the loss and damage clause from the final COP21 agreement to avoid paying compensation for climate change impacts caused by historic emissions.

Its removal would be a major blow for vulnerable islands that are already suffering loss and damage from climate change.

Current issues surrounding the matter of finance are related to the improved economic situation of some countries, such as China, which is questioning who should pay and who should benefit under current climate finance mechanisms.

There is also concern that developed countries are not contributing “enough” to the Climate Change Adaptation Fund given their historical responsibilities.

Some critics argue that growing economies such as China, have emitted as much carbon as countries like England, where the industrial revolution started over two centuries ago.

Nicholson was informed that Caribbean negotiators are insisting that global warming be limited to 1.5 degrees Celsius by the end of this century – that’s less than the 2 degrees Celsius for which developed countries have been advocating.

The minister asserted that it is important that consensus be reached on loss and damage.

He disclosed that at the Commonwealth Heads of Government Meeting in Malta last week, all countries, with the exception of one, understood "fully" that coming out of COP21 there needed to be a legally binding agreement.

Meanwhile, some critics have argued that the United Nations Framework Convention on Climate Change is in trouble as some developed countries are seeking to undermine the principles on which the convention was founded.

*The Paris climate conference being held from November 30 - December 11 is the 21st gathering of stakeholders since the UN Framework on Climate Change took effect in 1994.
*This convention sets out a framework for action aimed at stabilising atmospheric concentrations of greenhouse gases (GHGs) to avoid “dangerous anthropogenic interference with the climate system.”
*The main objective of the annual Conference of Parties (COP) is to review the Convention’s implementation. The first COP took place in Berlin in 1995.
*In 2015 COP21, also known as the 2015 Paris Climate Conference, will, for the first time in over 20 years of UN negotiations, aim to achieve a legally binding and universal agreement on climate, with the aim of keeping global warming below 2°C.
*Information courtesy of: http://www.cop21paris.org/