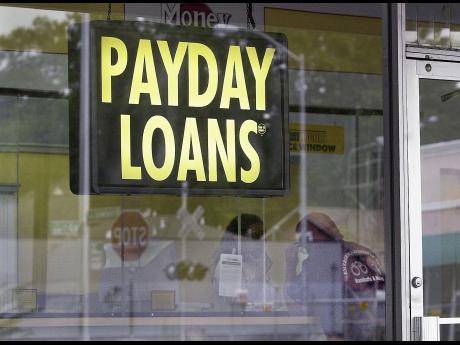 It is the season for giving, but it is also the season for borrowing. Several formal and informal establishments are offering same-day loans, payday loans, and quick loans for Christmas. The Consumer Affairs Commission (CAC) is urging Jamaicans to think twice before committing.

According to the Commission, Jamaicans should be mindful that after Christmas, they will still have all the other bills to pay and children to send back to school.

"The commission is conscious that these offers may seem attractive, but consumers need to be cautious as many of these 'deals' are often unrealistic and are being offered by predatory loan companies, which are not regulated," said the Commission in its latest quarterly report.

"These types of predatory loan companies often practise overlending to customers and sometimes impose excessive fees and onerous contract terms, which once signed to, the consumer has to honour because it is a private contract."

The Commission warned: "The most common is the requirement to pay a non-refundable processing fee. The loan application is frequently denied as it is often used by unscrupulous lenders as a means of accumulating funds."

"In instances where the loan is approved, consumers are faced with high loan repayments that are burdensome and some are not able to repay. As such, consumers find themselves in a bind when they are unable to make loan payments, and some may even go to other lenders - formal and informal - to get a new loan to repay the old one while accumulating more debt. The end result in situations like these is that consumers find themselves with payments that exceed their entire income."

The Commission said it is advising that if persons are seeking a loan for the Christmas season this year, they approach reputable organisations like banks and credit unions.

"But even with banks and credit unions, potential borrowers are encouraged to first consider the purpose of the loan. The terms and conditions of the loan, including interest (add-on versus reducing balance) and processing fees, should be reviewed among other things such as time period for repayment and other non-interest related charges," said the Commission.