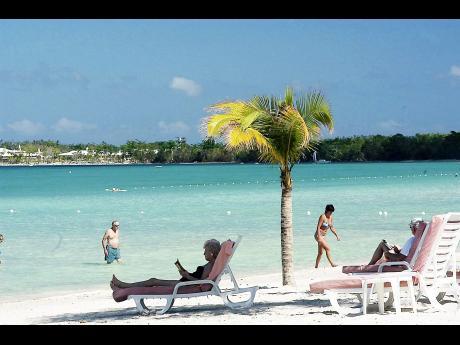 Palace Resorts is reportedly seeking to increase its investment in Jamaica’s tourism sector to US$500 million, according to the Ministry of Tourism and Entertainment.

“Very good things happen in Jamaica and we want to be part of this country’s continued success,” Chapur said in a media release issued by the tourism and entertainment ministry today.

“We already have invested more than US$200 million; why not invest 300 million more,” the Palace Resort executive said further.

Explaining, Chapur said: “we are working on plans to acquire new properties in order to build new hotels. I think that’s good; it will bring new inventory to the destination and we want to do five-star hotels as we have here”.

Tourism and Entertainment Minister Dr Wykeham McNeill said he was pleased that Palace Resort was looking at further investments here. He said this would be a further boost to the tourist industry.

“We’re really seeing a transformation of Jamaica’s tourism,” he said.

Commenting on Moon Palace Jamaica Grande,” McNeill said: “They’ve done a fantastic job with the renovation and it’s hard to see this as the project that was Jamaica Grande. They’ve carried it up another notch with the largest spa in Jamaica and the fine finish to the work that was done.”