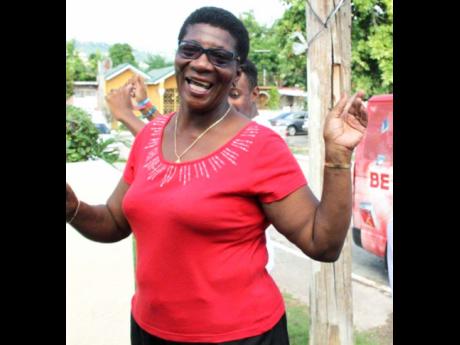 Contributed
Rosenell McKenzie, the first weekly winner of $1million in Digicel’s ‘Merry Millions’ Christmas promotion, celebrates after hearing that she had just won. 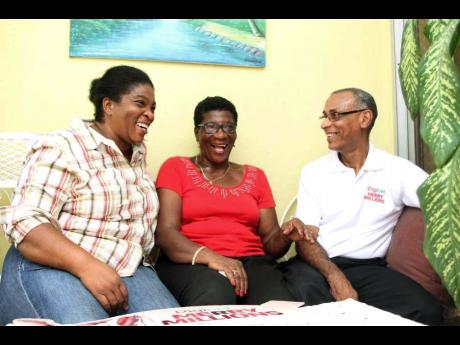 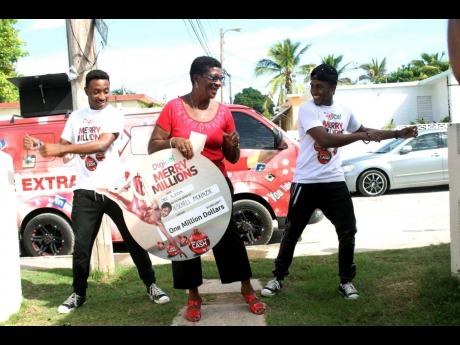 Contributed
An ecstatic Rosenell McKenzie gets in on the dancing with the Digicel ‘Merry Millions’ dancers after collecting her cheque for $1 million.
1
2
3

"This prize is definitely an act of God," said McKenzie. "Back in 2010, I had an accident and dislocated my hip so I had to get it pinned up. So getting around has been quite difficult sometimes. For a while now, I've been praying to God to help me buy a small SUV so I can get around much easier, so winning this has come just in time.

"Since this is such a blessing, I'm definitely going to be giving something back to my church out of it. I am so thankful! Since Digicel came to Jamaica, I've always entered the competitions hoping to win but I haven't until this time; so it's really a good feeling to finally win such a wonderful prize," added McKenzie.

David Butler, CEO of Digicel Jamaica said: "We're very happy to be able to touch one of our customer's lives in this way at Christmas. We congratulate Rosenell on becoming the first Merry Millionaire and we really hope it will help to make a difference in her life this holiday season."

More than 42,000 customers are expected to win a share of $20 million in cash and prises in Digicel's Merry Millions promotion, which runs until December 31. One customer will win $1 million in cash plus free data for life, while others will win free credit, data plans, smart phones and other prises.

The 'Merry Millions' promotion is open to all new and existing customers, including prepaid and postpaid Digicel customers as well as Digicel Play customers.

To qualify, customers top up with J$200 or more, activate a two-day data plan or higher, talk for ten minutes or more on their postpaid phone or pay their 4G Broadband bill on time and in full.