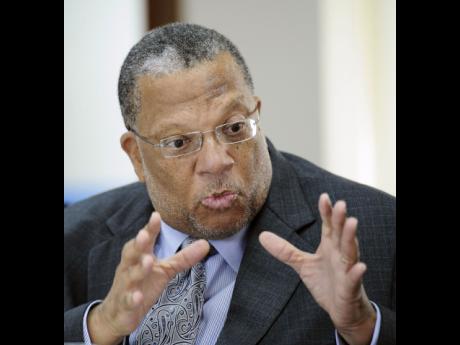 Ninety-seven per cent of public sector workers have now signed on to the Heads of Agreement for wage increase and improved benefits, for the 2015-17 period.

The latest groups to accept the agreement are the United District Constables Association, as well as the Jamaica Federation of Corrections and the Senior Uniformed Officers Association, representing correctional officers.

Finance minister Dr Peter Phillips was quoted by the JIS as saying the signing was "a tribute to the patriotism, the spirit of compromise, and commitment to service that was manifest by the groups concerned".

He said further, "We have sought, as best as we can, to address some issues having to do with welfare ... that we have agreed to continue to discuss in the case of the correctional officers.

"We have agreed, as in the case of the district constables, to enter into a pension agreement, which is new for them, but brings them into the mainstream of the public sector in that regard."

Phillips expressed hope that the Government will be able to reach an agreement with the remaining groups early next year.

Minister of National Security, Peter Bunting, for his part, said he was satisfied that a very responsible approach had been taken to the negotiations by all the representative groups within the ministry that have now signed the agreement.

"We may have started off a little bit rocky earlier in the year, but I think good sense and commitment to the overall well-being of Jamaica has guided the negotiations," he said.

Bunting said he was proud that the groups took into account, "the very sensitive and important role that they play in the whole national security architecture and the potential disruptions that industrial action would cause".

President of the United District Constables Association Delroy Davis; chairman, the Jamaica Federation of Corrections, Alrington Turner; president, Senior Uniformed Officers Association, Leslie Campbell; and Commissioner of Corrections Ina Hunter-Fairweather, all expressed satisfaction that the groups were able to arrive at an agreement.