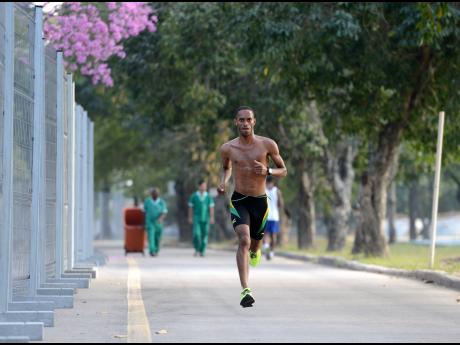 Tolan, who arrived in Rio de Janeiro on Monday was also pleased with the state of Jamaica’s accommodations in light of complaints from other countries about the conditions at the Village.

The Jamaican track and field athletes will depart their pre-Olympics training base at the Linx Hotel tomorrow afternoon and meet up with gymnast Toni-Ann Williams, who arrived at the Village yesterday afternoon and swimmers Alia Atkinson and Timothy Wynter, who also move in tomorrow.

“Things are pretty good we got into the village yesterday and its pretty nice actually. The process went smoothly and we are preparing for the arrival of the Jamaican team tomorrow, but things seems to be moving along nicely,” Tolan told The Gleaner.

“So far we have not identified anything, but we also have to be mindful that other countries came in, found problems, and they would have rectified those, so, we are very thankful for the other countries coming in before us and having these rectified,” he laughed.