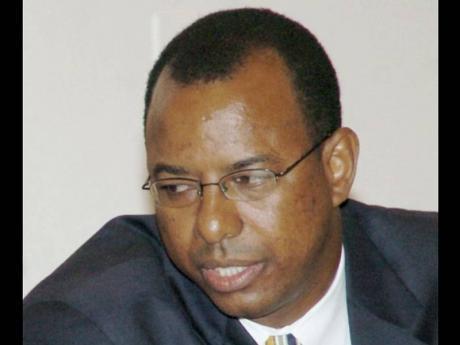 Horne ... party members who held senior positions in government were actively in the market for what seemed to be the sole benefit of their personal campaigns.

There is mounting concern in the People’s National Party (PNP) executive that the party will not be able to fund its campaign for impending local government elections.

The fears were expressed in a leaked report prepared by PNP treasurer, Norman Horne, after it was presented a meeting of the party’s National Executive Council (NEC) last month.

The report has painted a picture of individuals and groups selfishly diverting campaign funds from the party’s treasury leading to the demise of the PNP at the February 25 general elections.

Horne said party members who held senior positions in government were actively in the market for what seemed to be the sole benefit of their personal campaigns.

He said they collected significant amounts from members of the private sector who were earmarked by the Treasury as potential substantial donors for the benefit of the PNP as one cohesive unit.

Horne said only a few members reported the donations they received.

He also said this heavily affected the PNP's income and short-changed the party, resulting in a negative effect on the national campaign.

Horne argued that had there been a cohesively executed campaign it is highly likely that the PNP would have won the election and been in government today.

He has urged party members who received donations personally to make a full, transparent, and confidential account of all of the funds received to the Treasury and the Officers of the Party.

Horne said the balance of these funds should be transferred to the Party’s central account by July 29.

When contacted this afternoon, Horne refused to comment on the report.

However, he told The Gleaner/Power 106 News Centre that fundraising for the local government elections was a work in progress.