Diary of the Ghetto Priest | Is this the end of the world? 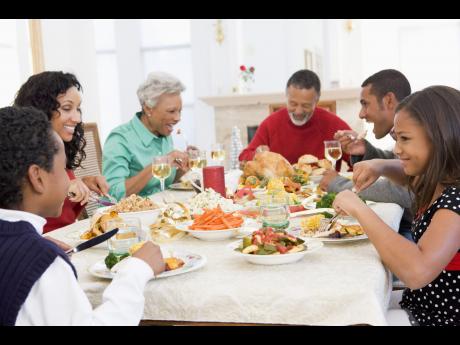 A lawyer friend told me about a case of his.

"There is a man, 80 years old, with Alzheimer's. He is somewhat senile. He lives alone, lonely and sad. His daughter, 40 years, has sued him. She accuses him of having money that he has stashed away, which she wants! The man, whom I have investigated, really has no money!"

Cultures change, times are changing, people are changing. We launch ahead, we don't know what we are leaving behind, but we are going ahead. We've got to do what we have to do, we must have what we don't have (at whatever cost). We leave behind family traditions, we leave behind our music, our religion, our countries, our friends.

We've got to get what the world wants us to have, not what we already have; it might cost us our family members, our homes in which we are born. We've got to get ahead in life. Simplicity and humility, kindness and love, and, between generations, faithfulness and goodness, presence to and care for one another, sacrificial acts of self-denial to be with one another, it's all gone or going very fast.

For the new generation, it's easy come, easy go. They don't want a hard life of saving and preserving, patching and preserving. Even this is also a struggle in religious life! Hopefully, the young generation will learn the wisdom, part of which is plain old common sense, and lessons learnt from experience.

I am greatly disturbed by atheism, the neglect of God; I am frightened by the lack of forgiveness and kindness in our times; I am appalled by the separations, divorce, lack of faithfulness to our own, even in religious life, in our families, our own nation, our own kith and kin.

If I consider the atomic bombs and hydrogen bombs all over the world - the billions and trillions of dollars spent on them; when I see the leading nations producing them: Russia, the United States, France, North Korea, India - marketing, advertising them, stocking and selling them; having enough to destroy the world many times over - I am not surprised there is atheism. I am not surprised that people give up hope, that nihilistic existentialism flourishes in many forms and ways, and there is a crazy man, a politician, who will one day press the button.

In the 1960s, I watched the US give up its culture, its faith, its family. God was quickly disappearing from the hearts and minds of people. A new generation was arising known as the ME GENERATION: 'Get what you want get it now; forget laws, forget the traditions!'

I was very much against the reckless way we threw out traditions in religious life; our habits or cassocks as religious man, religious women were put aside; our community life suffered disintegration as we put aside the order or schedule of the day; individuals called out for their rights.

I was frightened and dismayed, but I too gave in, it was as if were in a free fall and with nothing or no one to hold on to for clarity and direction. That's when I turned to the Scriptures and tried to live the Word of God as literally as possible. Even then, it was imperfect, for I am an imperfect and sinful man.

Religious orders of men and women have declined immensely. Some religious have been strong and remained faithful to the end. Thanks be to God!

Bombs and atomic warfare, the huge production of guns and weapons of destruction; drugs and alcohol, the movement towards suicide and pornography, hedonism and individualism - are clearly a part of the world's atmosphere today. Atheism, the loss of meaning and the loss of God - are all part of the atmosphere. And so, there is no surprise when abortion is so powerful as a force - why perpetuate life when life is without purpose?

How does this connect with religious life? Religious life advances in an atmosphere of peace, love, and great respect for life, and the way of God the giver of life.

Maybe there will be a second coming, and, the circle will be completed, and the whole world disintegrates and disappears. Then we will start all over again!

"When the Son of Man comes, will He find faith?" I believe so, it will be very few; those who never give up, who keep on loving, living, giving, serving the One true God and our fellow men.