Diary of the ghetto priest | My Father's Day gift 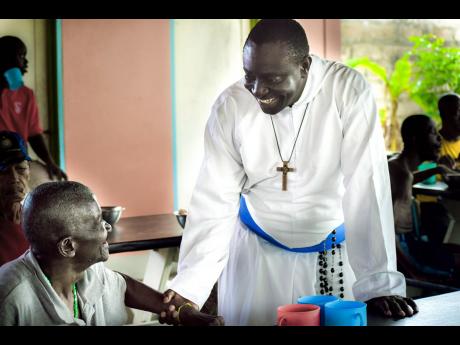 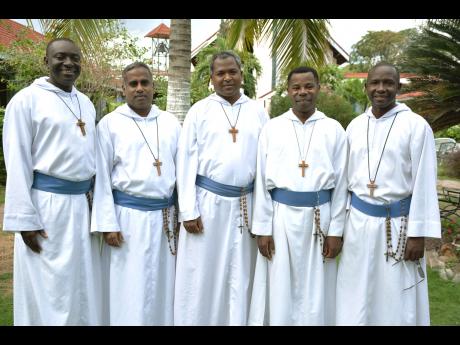 Brother Marc Maurice was to spend most of the day with me, at Holy Innocents where our Missionaries of the Poor Sisters care for some elderly rejected and abandoned old ladies picked up at the Kingston Public Hospital and the University Hospital of the West Indies. Then we were to have lunch together, then go for a three-hour radio interview at RJR on Gerry McDaniel's show.

No such thing, "No father, sorry, I can't come to Mass with you at Jesus Redeemer I have to drop off 30 American volunteers to various apostolates. It's a busy Sunday morning," Brother Marc said. "But Brother Marc this is Father's day. You are supposed to be with me." "Well father, when I reached Good Shepherd Home, I met Brother Alfonzo. An old man named Stephen was very sick. He had tremendous stomach pains. He was crying all night. He needed to see a doctor at Kingston Public Hospital. Brother Alfonzo, Brother Ranjit, and myself lifted him into a wheel-chair, his pain was so great we had to hold him down. We placed him in our van, and, brought him to the hospital. He clung to our hand. We waited for hours at the hospital. He died of a heart attack," Brother Marc explained.

"We waited for the police to come. In the meanwhile, a nurse came to us. One of the little boys, maybe nine years old who lives on Tower Street had been bitten by a street dog. The dog looked as if it had mange. It was one month ago the boy Roy was bitten. Though he had received tetanus shots, and his wounds were treated, Roy was not able to walk," Marc continued.

"It is father's day. I have been in the hospital for three weeks. My father never visited me. My mother came to visit me. My father is out most nights. My mother says she doesn't know where he goes out at night. Sometimes he is stone drunk," Roy pointed out.

Brother Marc said, "as a Missionaries of the Poor my life is so full. I am father to the ghetto kids. I am father to old men like Stephen who died of a heart attack. I am father, brother, mother, son, to old women, people with HIV, beggars, cripples, drunkards, prostitutes, and I'm happy."

"Well father, I should have spent father's day with you today. But I was busy being father with so many people without a father today," Brother Marc told me.

Brother Marc is a Haitian. He has been with us over 20 years. He has been on missions all over the world, including the Philippines. He has undergone earthquakes, tsunamis, hurricanes, volcanoes. "I love this life. It is the cross of Christ. I don't want an easy life. I am here to bear the burden of my poor brothers and sisters. I can't think of a more meaningful life. I don't know why more Jamaicans don't live this life."