Bolt, who is set to retire from the sport after this year’s championships, will compete in the heats men's 100m at 2.20 p.m along with 2011 world 100m champion Yohan Blake, Julian Forte and Senoj-Jay Givans.

The 30-year-old Bolt, who will be aiming to defend his crown, has recorded a season's best time of 9.95 seconds in his last race at the Monaco Diamond League last month.

Meanwhile, national record holder Fedrick Dacres will compete in the second qualifying round of the men's discus throw.

Dacres will enter the competition as one of the favourites for the gold medal.

He became the first Jamaican to win a throwing event at the IAAF Diamond League meet, as he claimed the Stockholm leg with a mark of 68.36m in June.

The 23-year-old has set the national record twice this year, the first in January at the Big Shot Invitational meet with a throw of 68.67m.

He broke it two weeks later at the King of the Ring Throws meet at Excelsior High with a mark of 68.88m on February 11.

Dacres' throw of 68.88m ranks him second in the world this year behind Daniel Stahl of Sweden, who has thrown 71.29m.

Jamaica's other competitor in the event, Travis Smikle, will compete in section two.

The 25-year-old Smikle, who has a personal best throw of 67.12m, finished second at the National Championships with a mark of 63.36m behind Dacres.
National champion Forbes Demar Forbes will compete in section A of the men's long jump while Ramone Bailey will participate in section two. 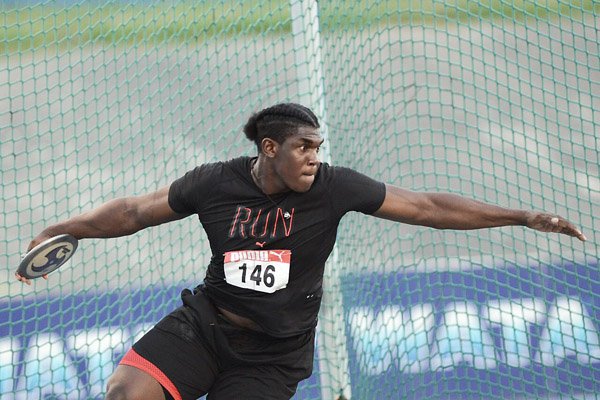