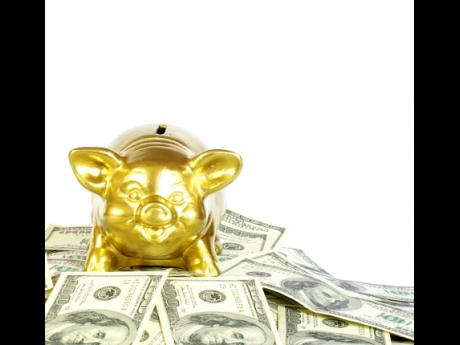 WHAT IS THE MEDIUM TERM DEBT STRATEGY?

Jamaica's pursuits to increase its per annum economic growth rate is somewhat dependent on the country's ability to maintain macroeconomic stability and measures in place to effectively monitor and manage its public debt.

The 2018-2019 Budget Debate has begun and Jamaica is continuing its pursuits to reduce its debt to gross domestic product (GDP) ratio to 60 per cent of GDP by the end of March 2026 with the assistance of its debt management strategy.

Jamaica's Medium Term Debt Management Strategy (MTDS) summarises the Government's objectives, strategies and quantitative targets over the next three years. The MTDS includes an Annual Borrowing Plan (ABP) and an Issuance Calendar, both of which contribute to achieving annual objectives and advise strategies to achieve the targets for the FY2018-19.

WHAT ARE THE OBJECTIVES OF THE MEDIUM-TERM

The main objectives of the Medium Term Debt Strategy are:

1. To reduce the cost of and the risks associated with government borrowings.

2. To properly manage the risks associated with the country's debt portfolio and continue to reduce its exposure to risks.

3. To advance measures to maintain and develop an efficient domestic debt market for the Government of Jamaica (GOJ) securities.

4. To diversify the Government's funding source and their investment portfolio.

The government is particularly concerned with the level of exposure to foreign currency, interest rate and refinancing risks, which, they outline, can be curtailed through the directive of the MTDS. These priorities were reflected in the GOJ's debt management operations.

HAS THE STRATEGY BEEN EFFECTIVE?

According to the document outlining the MTDS, the Government managed to reduce exposure to risks associated with as well as minimise the costs of borrowing during the 2017-2018 fiscal year, with a plan to do the same this year.

The total stock of debt is expected to fall further to approximately $1,928.3 billion at the end of March 2018.

According to the MTDS, the stock of debt decreased mainly because of two main reasons:

1. Some investors redeemed US$2 denominated Bench Investments Notes (BIN); and

2. The revaluation of the Jamaican dollar relative to the US.

WHAT IS THE TRAJECTORY OF JAMAICA'S DEBT TO GDP RATIO?

WHAT IS THE DIFFERENCE BETWEEN THE NEW AND OLD DEFINITION OF DEBT?

According to the MTDS, the Government of Jamaica has redefined the term public debt as of April 1, 2017, based on the consolidated reporting of government debt statistics in line with international standards.

Under the old GOJ definition, public debt was defined as the sum of central government debt plus that of the Bank of Jamaica (BOJ) and external guarantees. The new definition defines public debt as the consolidated debt of the Specified Public Sector (SPS), except that of the BOJ, net of any cross holdings.

The Specified Public Sector includes central government and all public bodies certified by the auditor general as primarily carrying out functions that are of a non-commercial nature. The new definition has the benefit of broadening the coverage of debt reporting to include all debt held by the specified public sector (including guarantees).

Additionally, consolidated reporting of public debt statistics is supported by its enhanced analytical usefulness relative to the reporting of aggregates that can be particularly distorting, depending on a government's administrative arrangements.