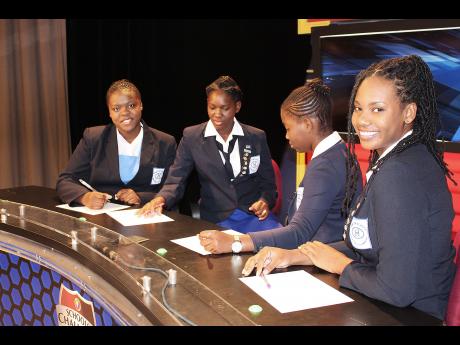 Jamaica's Governor General Sir Patrick Allen says lack of education among the nation's people is behind the growing social problems, including the rise in crime and violence, that is plaguing the nation.

Giving the keynote address at the Hampton School's 160th anniversary celebration in Malvern, St Elizabeth, last week, the governor general described education as one of the key pillars in building successful societies.

"Education is one of the fundamental pillars on which successful societies continue to endure," said Sir Patrick. "It is the kind of truth that never goes away, and the reality right here in Jamaica is that the rampant crime and violence, the wanton abuse of citizens, misuse of drugs and human trafficking are all products of a lack of sensibility and, in turn, a lack of education.

"That is why your parents sent you to this prestigious school, some at great sacrifice, so that you can make your way through this world with dignity and grace, and so you can make choices because you understand the consequences," he added.

The governor general took time out to warn the students that while social media provides greater opportunities for everyone, it must be used responsibly.

"This is the most exciting time to be alive, with all the inventions, modern technology, and access to education, and yet it is also the most dangerous time to be alive. Social media is used to eliminate personal experiences and to abuse and exploit self-esteem issues," Sir Patrick said.

"I will pose one question for you to think about: Can we start a new trend where your time is consumed by being positive and productive, and where social media becomes the tool it was meant to be rather than the master we make it out to be?" asked Sir Patrick, in a challenge to the students.

Hampton School, an all-girls institution which was founded in 1858, is one of Jamaica's oldest boarding schools and remains a bastion of education in St Elizabeth.