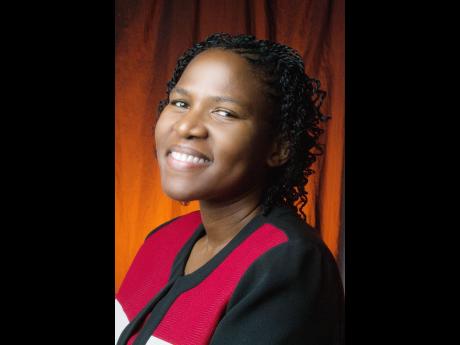 IT HAS been said that to accomplish great things we must not only act, but also dream; not only plan, but also believe.

Dr Tannecia Stephenson embodies that sentiment, as she joins the growing number of women who have made, and continue to make, their mark in the global response to climate change.

The 39-year-old physicist was recently chosen to serve as a lead author for the Intergovernmental Panel on Climate Change (IPCC) sixth Assessment Report (AR6), which will inform stakeholders, including policymakers and international climate negotiators, of the latest knowledge on all aspects of climate change.

"I am delighted at the opportunity to contribute to AR6 as a lead author. I believe the AR6 process, including working alongside other scientists globally, is something a number of us aspire to," Stephenson, co-director of the Climate Studies Group Mona, told The Gleaner.

Stephenson anticipates that her research and other professional experience will add value to her efforts on Working Group I (WGI) that assesses the physical science basis of climate change.

"WGI will draft 12 chapters. Chapter 10 - Linking global and regional climates - provides region-specific information in light of the global context covered in the previous chapters. The chapter will cover information on scales in relation to processes for urban, mountains, coastal, catchments and small islands contexts," said the Convent of Mercy Academy (Alpha) old girl.

"My research within the Climate Studies Group Mona at the UWI involves examining historical and future rainfall and temperature extremes for the Caribbean. We have also created and used statistical/mathematical models premised on atmospheric and oceanic factors to suggest changes in Caribbean rainfall and temperature that may be anticipated towards mid to end of the century," she said.

"We have, (too), examined projections of future Atlantic hurricane frequency using some existing statistical forecast models for hurricanes. I am also involved in a number of regional and global research activities, including the regional climate downscaling programme known as CORDEX (Coordinated Regional Climate Downscaling Experiment). These are some of the collective experiences that I hope will be of value to the AR6," Stephenson said further.

At the same time, she noted that having small-island developing states (SIDS) representation on the IPCC is critical.

"It is important that all regions have representation in this process, and especially SIDS like those within the Caribbean. The representation provides a platform for us to provide the Caribbean science perspectives and their implications to lives and livelihoods in the Caribbean, and to do so within a global context. This is also significant given the vulnerability of the SIDS to climate variations and to climate change," noted the St Catherine native.

As to her representation as a woman on the IPCC team of scientists, Stephenson, who has worked diligently in preparing herself for this moment over the years, said: "Much effort has been made to ensure balance in the composition of the teams. Some considerations included expertise, gender, and geographical representation. My inclusion as a female scientist, I hope, will inspire other female scientists to participate in this process and will speak to the place we all have in participating in international activities, such as AR6."