Loving Laylor at all of 100 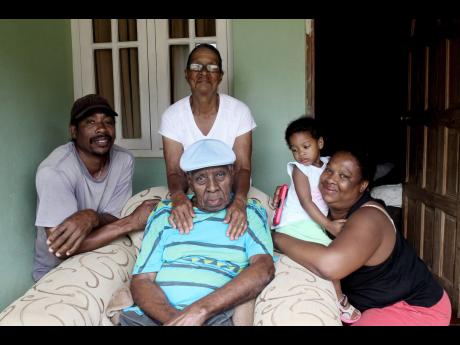 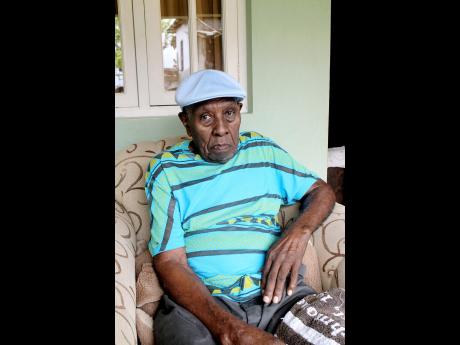 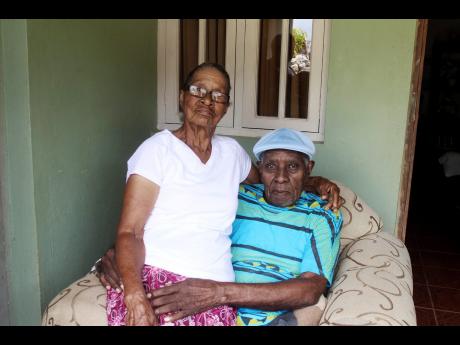 Through a mischievous smile and a slight turn of the cheek, 100-year-old Uriel Laylor spoke coherently, showing that he was as keen and alert to his environment and as sharp in memory as he could ever be.

Reaching the milestone of being called a centenarian, Laylor said he never knew he would live to see this age, but is happy for the life he has lived providing for his 12 biological children (two now deceased) and one stepchild.

"I was born here, and me grow up here, but my mother married two times and my older siblings were in Town (Kingston), so I move there after a while. When I got to Town, I was too big and so me couldn't go school, so me go to sea with her husband (his stepfather) and anywhere him go, me go behind him."

Laylor said as he got older he sought work for himself and gained employment working during the nights on a farm owned by a doctor.

"I worked there for about seven years: I milked cows and carry it go to Half-Way Tree. I had to get up about 1 a.m. -- that time it look like night -- and start work. Nuff a we."

In 1953, Laylor said he returned to Manchester and ventured off into farming, built his house, later finding a woman to marry and bear his children.

"I built up the house. It was just two rooms and me put on the rest, build the tank and the shop and me find this lady right here and married her," he said, pointing to Mama Reeva, his wife of 61 years.

When asked what he would do for fun, it was confirmed by the lady of the house that he was a workaholic.

"He never do nothing, me dear, more than go to him ground. Him nuh play domino, because is not like him could play. Sunday to Sunday from sun up to sun down, you could find him in his field working."

Through bouts of laughter, the Laylors jokingly acknowledging that there was some amount of fun involved for 12 children to come into the picture.

"Well maybe the reason we have so many children was because in those days we never really know about or have contraceptive, but we really worked a lot. He did farming and provided for us, and I would do the sewing, keep the house, run the shop and ensure he had his meal on time every day."

"Oh gosh man! Him love when you all cook the pork until it well soft. Him use to love food, but not anymore. I tell you to see him where he is today, it must be God because I witness him have pneumonia 11 times," said Mama Reeva.

Laylor, an admirable man, knew when he got Mama Reeva pregnant with the first child, he had to make it official and put aside things he used to do before.

"Him used to go a dance and look girl, but after we married, no more dance him nuh go," Reeva chuckled.

She admits that she has never left the house for occasion of entertainment and has devoted her life to this -- to taking care of her husband.

Intermittently chiming in as his hearing often times fail him, Laylor is not a man of many words, but of much action, his son reported.

"You see him over deh so a gwaan like him cyan mash ants, him nuh easy, man. You see when it come on to work he does not play. Nobody in this house grew up lazy, the girls have to help Mama, and the boys go to the field and sometime the girls come to the field too," said Collin Laylor, the couples' ninth child.

Sophia, the last girl born when he was 60 years old, remembers fondly how she used to aim 'ping gun' shots at her father, and if it caught him they would only see a piece of board flying towards their direction.

"I remember too, when we go bush fi plant peas and we well want to go home and me start put all 10 peas in the hole them -- and a four we must put in deh -- when the peas them grow up, a problem, we haffi run cause we know we ago get some lick!"

Though Laylor often cries for his siblings that have gone on before him, he is living thankfully for his loving children, wife and friends.

"From the time in the farm me hearing mess up and give me trouble, but me never know me would live fi see this age, thank God."

Over 100 persons were present for his birthday celebration on April 12, giving Laylor another reason to be thankful.