It was social media suicide: the Twitter account of People's National Party president Dr Peter Phillips posting a poll that favoured the government.

It read: "Poll question of the day: Are you better off today than two years ago?"

Way before the scheduled ending of the poll, Phillips' social media handler deleted the post, but not before Prime Minister Andrew Holness snapped a screenshot and started trolling.

Many thanks to Dr. Peter Phillips for taking an inclusive approach to governance and transparency. It is always important to ask the people how they really feel. Our job as leaders is to listen and be responsive to citizens’ needs. Happy to see their reponse.#Action2018 pic.twitter.com/ReevzOwdpk

"Many thanks to Dr Peter Phillips for taking an inclusive approach to governance and transparency," Holness wrote on Twitter.

"It is always important to ask the people how they feel. Our job as leaders is to listen and be responsive to citizens' needs. Happy to see their response."

Screenshots of Holness' response soon started to make the rounds too, with WhatsApp users also helping to make it viral.

But it's on Twitter that the ridicule was intense.

Jim Urb also commented: "So you’ve satisfied yourself. Now what?”

'Missa Smith' was more sarcastic: "Look like Peter Phillips wanted to give himself a Labour Day project cause this go take a lot of work to fix”.

Smarting from the social media jabs, Phillips' handler later posted a collage of the results of the polls from Facebook, Instagram and Twitter declaring "THE MAJORITY SAID NO!!" 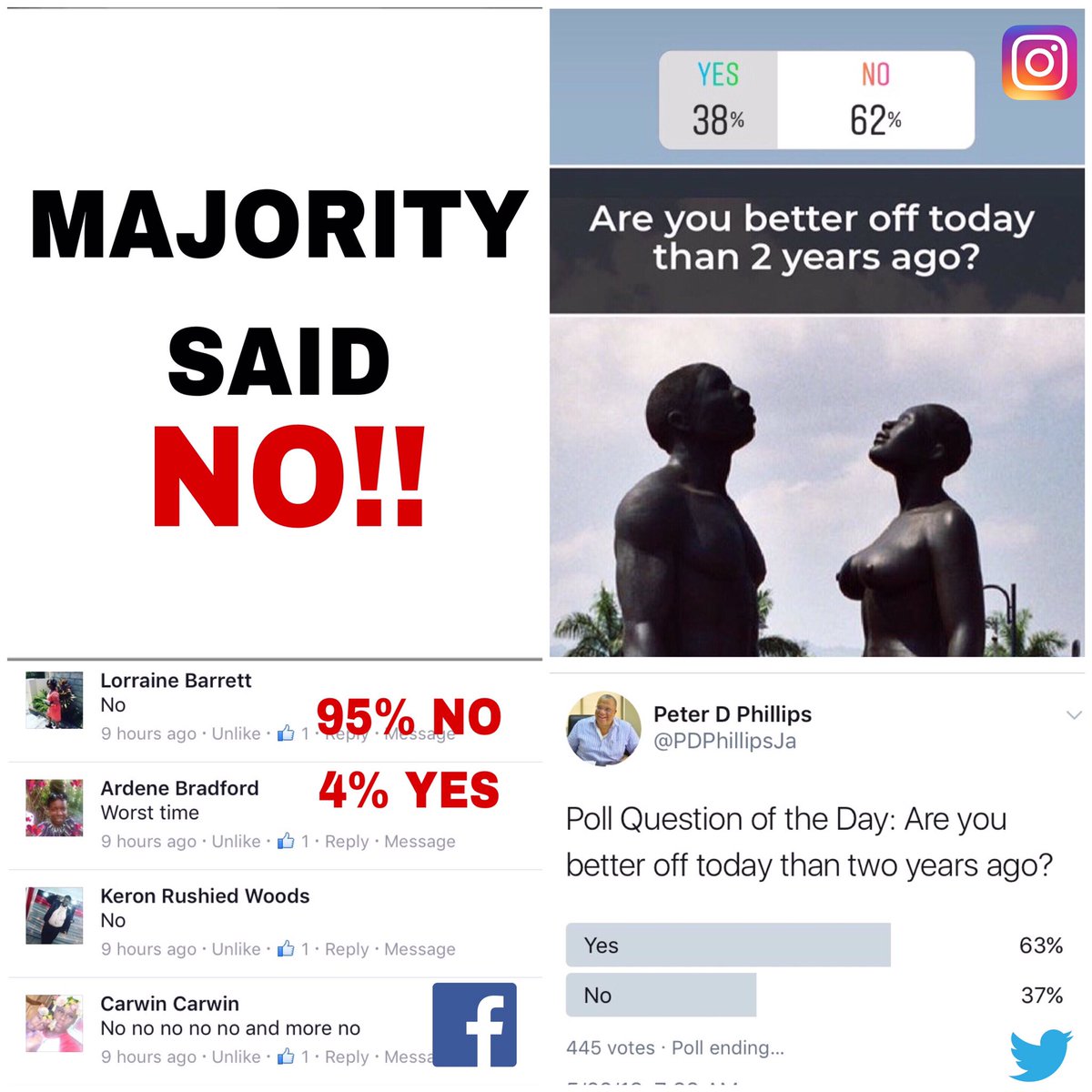 A screenshot showed, 62 per cent of respondents on Instagram saying no,  and 38 saying ye.

On Facebook, 95 per cent of respondents said no and 4 per cent said yes.