Hundreds of mourners gathered at the Cathedral of the Most Holy Trinity in Kingston on Sunday for the funeral of former Prime Minister Edward Seaga.

Seaga who was 89 years old died, on his birthday on May 28 in Miami, Florida.

Outside the precincts of the church, some mourners were clad in green shirts, the colour of the Jamaica Labour Party for which Seaga was leader from 1974 - 2005. 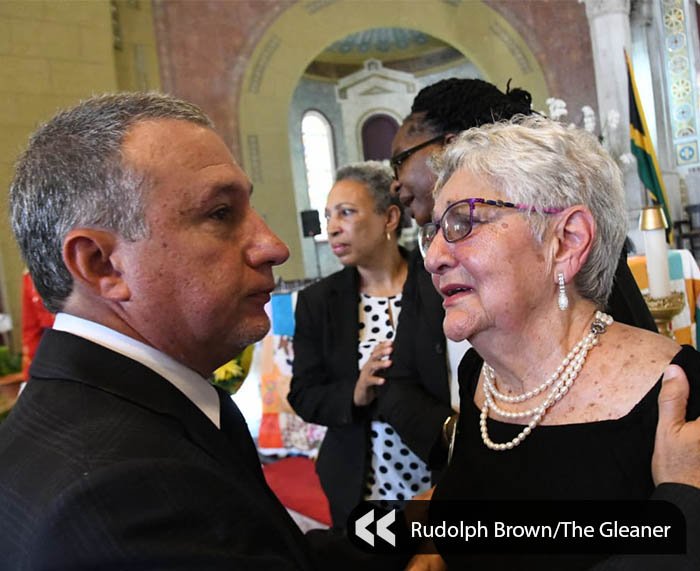 IN PHOTO: Jean Anderson, sister of former Prime Minister Edward Seaga is comforted by relative Metry Seaga and others as she arrives at the funeral at the Cathedral of the Most Holy Trinity.

A massive tent pitched opposite the church also accommodated mourners. 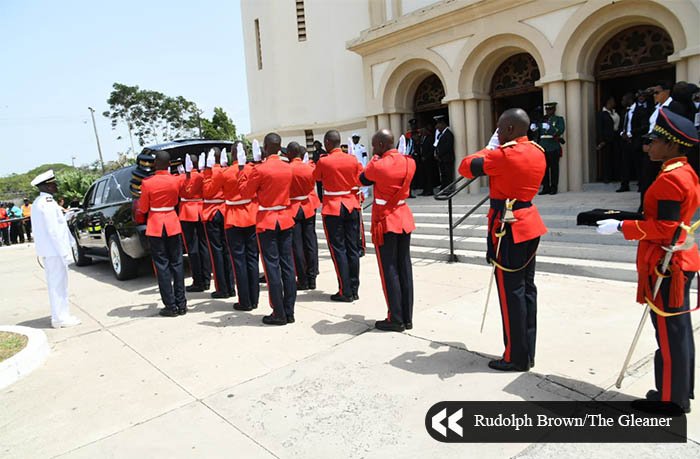 10:45 a.m More than an hour before the scheduled start of the midday funeral, the hearse bearing the coffin of the former Prime Minister arrived. The bearer party of the Jamaica Defence Force moved in precision to remove the coffin from the hearse to the cathedral. Originally built as Holy Trinity Roman Catholic Church, the santuary was destroyed by an earthquake in 1907 and was rebuilt over a three-year period, reopening in 1911. 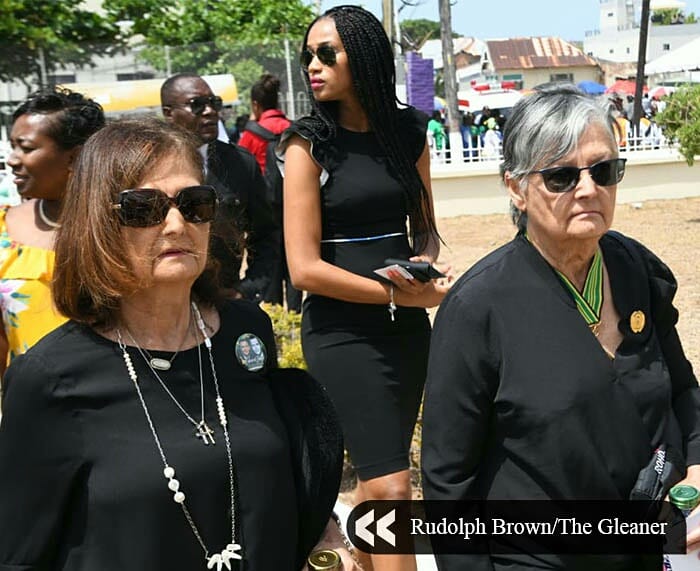 12:00 p.m - The funeral begins for former Prime Minister Edward Seaga with tributes. The Most Rev Kenneth Richards calls the service to order and announces that tributes will be opened by Grenadian Prime Minister Dr Keith Mitchell.

Prime Minister of Grenada Dr Keith Mitchell:
Thank you for your support against the Grenadian invasion in 1983, he said. Seaga took a stand when Grenada was bleeding literally and figuratively.

Former Prime Minister PJ Patterson:
Edward Seaga was a titanic warrior impelled by an inclination to succeed at whatever he pursued. He was a leader, cultural and sports enthusiast.

Prime Minister Andrew Holness:
Mr Seaga held my hand and said Andrew, don’t forget the poor. Now we lay you to rest Papa Eddie but what you stood for lives on. It lives on in the institutions you have created and people you have tutored and mentored.

Metry Seaga, relative:
He gave up many birthdays, anniversaries and school plays so much so that he could give to Jamaica. Edward Seaga hated injustice, he detested it and spent his life trying to fight it. All of us who knew him well, knew that his heart and soul ran deep. A key lesson that Uncle Eddie taught his kids was honour. He said, do the right thing, even if it is not the popular thing. Uncle Eddie, you have made your entire family proud.

Desmond McKenzie in delivering the eulogy: Edward Seaga worked hard for the people of the country no matter their colour or whether they were @JamaicaPNP or @jlpjamaica affiliated or no affiliation at all. Papa Eddie was the visionary and caring MP. #SeagaFarewell pic.twitter.com/Q8Y2YPnjWj

Desmond McKenzie, Kingston western MP (eulogy):
Sir Alexander Bustamante recognized the potential in Edward Seaga and appointed him to the Legislative Council, now the Senate. Edward Seaga then became a national figure, setting records and becoming a star. Out of despair he gave hope, out of darkness he gave light, out of fear he brought stability and a sense of security and out of hate he gave love. Edward Seaga worked hard for the people of the country no matter their colour, whether they were PNP or JLP affiliated or no affiliation at all. Papa Eddie is the visionary and caring MP. He created a cultural revolution in West Kingston that made us the envy in communities across Jamaica.

As the service drew to a close, soldiers in military precision, took up their positions to lead the procession along the journey from North Street to Duke Street then to the National Heroes Park. 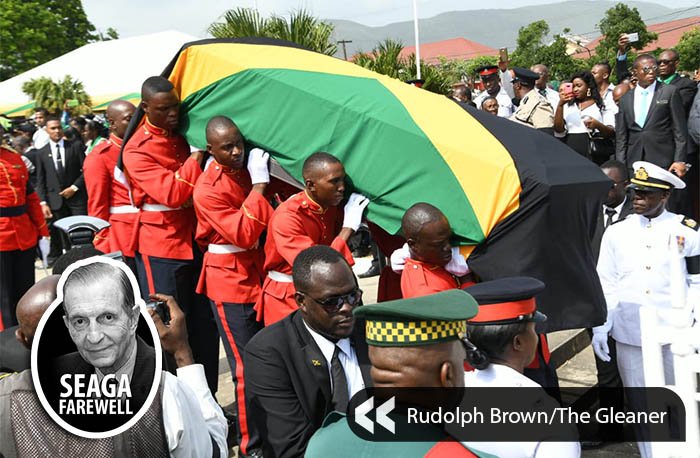 The coffin was drawn on gun carriage to the park.

Ouside the gates, people jostled for the best vantage points even as members of the security forces insist that they should not pass certain points. 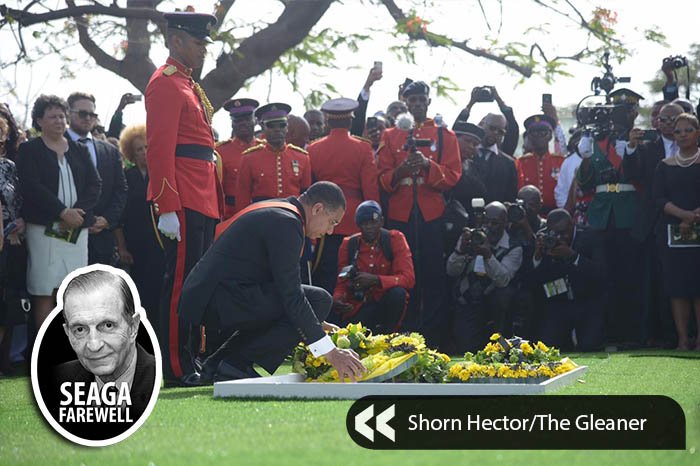 Carla Seaga, widow, was the first to lay a wreath at the grave followed by Prime Minister Andrew Holness.

Hundreds of Mourners gathered at the Cathedral of the Most Holy Trinity in Kingston on Sunday for the funeral of former Prime Minister Edward Seaga.

Supporters of the @jlpjamaica end the proceedings at the graveside with a rendition of the party song 'Equal Rights and Justice'. #EdwardSeaga was the leader of the JLP from 1974 to 2005 #SeagaFarewell pic.twitter.com/iZBbuKApRc