After a 29-year drought, the parish of St Catherine has reclaimed the national festival queen title.

In front of hundreds of patrons at Kingston's National Arena, 23-year-old Khamara Wright was on Thursday night announced the 2019 Miss Jamaica Festival Queen by host Dahlia Harris, who, incidentally, was the last person to win the crown for St Catherine in 1990.

Wright did not claim any of the six sectional prizes, but performed creditably throughout the night and might have clinched the crown in the interview segment when she responded to the question: What are your views on the teaching of Creole in Jamaica's education system?

She said it was imperative that Creole is a taught in the education system to reinforce it as an element of the Jamaican culture so that children can own a part of the uniqueness of brand Jamaica.

This might have been when Miss St Catherine, 23-year-old Khamara Wright secured the 2019 Miss Jamaica Festival Queen title telling why the Jamaican Creole should be taught in the education system. pic.twitter.com/ZUakM0OqwC

Earlier, Wright's rendition 'Ital Ting' was among the better talent pieces in an uncharacteristically dull segment of the show that simply came and went.

Khamara Wright, Miss St Catherine, emerges from 'The Herb' for her talent piece in the Miss Jamaica #FestivalQueen. pic.twitter.com/n7rGyLoPii

But where the contestants failed to sparkle, entertainer D Burnz ignited spirits when he hit the stage.

Delivering reggae hit after hit, D Burnz said it would be a "Bam Bam" if his favoured contestant did not win, but made it clear that all 13 young women were his contestants.

Reggae artiste D Burnz sets the National Arena on fire at the Grand Coronation of the #MissJamaica #FestivalQueen. #Jamaica57 pic.twitter.com/jC6XKGMexc

Then, he delved into the dancehall with a bit of Beenie Man's catalogue before demitting stage to loud cheers.

This year's Miss Jamaica Festival Queen has won $450,000 in cash plus numerous other prizes and will reign for one year. 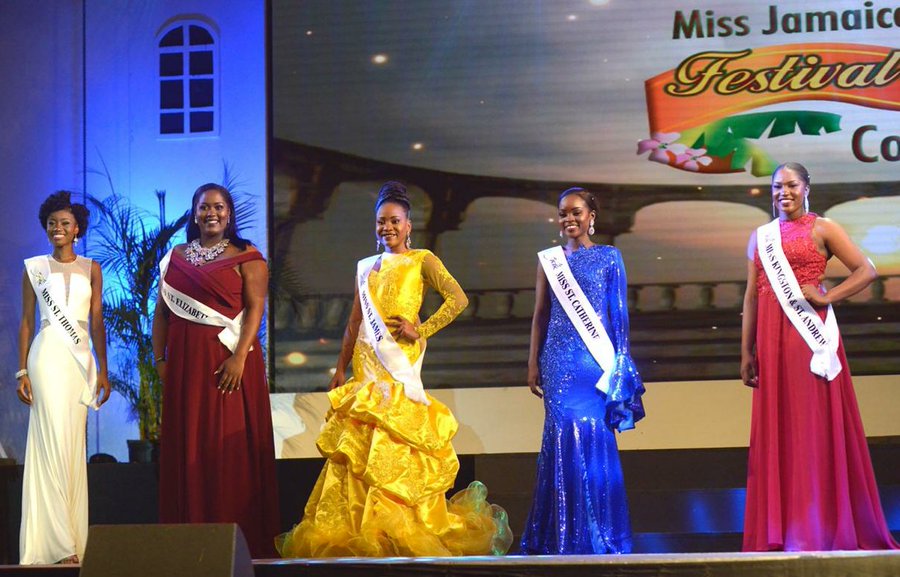 The National Arena in Kingston erupts in cheers as all 13 finalists in the Miss Jamaica #FestivalQueen Competition hit the stage in formal wear. #Jamaica57 pic.twitter.com/sPWKEBOOJw