Director General of the Caribbean Hotel and Tourism Association Frank Comito (at podium) addressing the media during the Caribbean Travel Marketplace in The Bahamas on January 23, 2020 - Janet Silvera photo

According to Director General of the CHTA Frank Comito, preliminary arrivals show that the vast majority of destinations recorded marked increases, resulting in the region reaching the highest annual revenue per available room (RevPAR) in history at year-end. 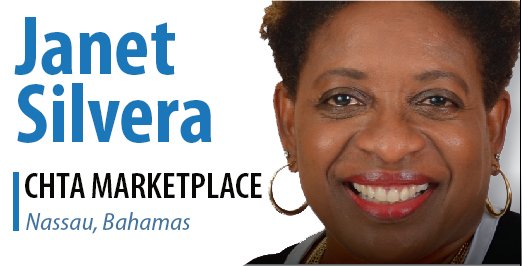 RevPAR is a performance metric used in the hotel industry.

"As we look ahead to 2020, data received from CHTA members indicate we may have more to celebrate. While there are challenges and there is always the unknown, most indicators point to continued steady economic conditions in our key source markets and robust visitor expenditures,” Comito told journalists during the start of the Caribbean Travel Marketplace in The Bahamas.

Comito said he was exceptionally proud of the resilience of Caribbean tourism stakeholders and their ability to bounce back from adversity and put mitigation measures in place to withstand future storms, noting that hurricanes devastated several islands in 2017.

He argued that while external factors such as the global economy are key to the region’s success, the accomplishments would not be possible without the aggressive efforts by the public and private sectors over the past decade to expand and modernise airports and attract significant hotel investments in new and refurbished properties.

“We continue to see arrivals growth fuelled by accommodation disruptors in the form of vacation home rentals. This will continue to be an important part of the accommodations sector. It is even more important therefore to ensure that it is better regulated, taxed and integrated into the collaborative efforts of all tourism industry stakeholders,” he noted.

In the meantime, acting CTO Secretary General Neil Walters, in a recent message, described 2019 as a “varied year, which highlighted the strengths in Caribbean tourism and its inherent weaknesses.”

Nevertheless, he, like Comito, opined that the sector’s strengths were evident in the significant growth rates experienced by most countries, in particular, those which were affected by the 2017 hurricanes, some of which rose up to triple-digit levels.

Despite contraction in some larger destinations such as Cuba and the Dominican Republic, the Caribbean experienced an overall 3 - 6 per cent growth in visitor arrivals during the first nine months of 2019.

Walters stated that this level of recovery speaks volumes to the commitment of the Caribbean to the industry which has become the lifeblood of several countries.

Noting the experience of The Bahamas, whose northern section was ravaged by Hurricane Dorian, he said it “was a further wake-up call” to the rest of the region to acknowledge that climatic changes are here and likely irreversible.”

It is the region’s responsibility, therefore, he said, to create resilience in not only the tourism sector but all sectors of respective economies and societies.

Turning to the cruise sector, he said this area had a strong showing in 2019 with growth of 5.8 per cent for the first three quarters, continuing the quarterly upward trend from 2018.

“The Caribbean tourism sector is ending 2019 in a position of which all of us can be proud... as we look to 2020, we should not rest on our laurels, but continue to work to sustain the growth which was realised this year. At the same time, we must remember that we live in a volatile climatic region which, while providing the palate for amazing experiences for our visitors, must always be respected and considered in our planning and development,” he urged.

“Given the results recorded so far in 2019, it is our expectation that 2020 will, all things being equal, be another year of growth, likely at a rate slightly lower for both stay-over arrivals and cruise visits,” he added.