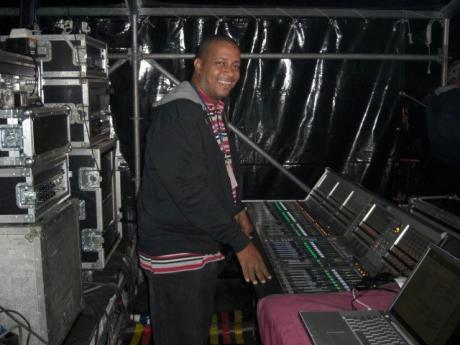 The world lost another hard-working music professional today with the passing of Barry O’Hare. The renowned recording engineer and musician was said to have been admitted to a hospital in Kingston with COVID-19 related symptoms and died in the early hours of the morning there.

In the late 1980s, O’Hare started at Carl Young’s Grove Music Recording Studio, a subsidiary of Irie FM in Ocho Rios, as an apprentice studio engineer. There, he honed and expanded his skills in production where he progressed as a music composer, backing vocalist and producer.

“Barry is first class in his field; when it comes to sound and music he served the best of the best, but it goes to show that we don’t just have the artistes who are world-famous, we have the support people who are as brilliant as brilliant can get,” McKenzie told The Gleaner.

The music consultant shared that Barry was one of the first announcers on the station and they continued to collaborate over the years on shows such as Sanchez and Garnett Silk Live at Club Acropolis in Ocho Rios in 1993, and Summer Sizzle.

“It’s very sad to hear that he has passed. I hardly did anything without Barry. Anytime I had a major show he would be the man I selected to deal with that kind of thing,” he said. “Though we didn’t talk daily he was a very good friend of mine, I will always have a great appreciation and admiration for him. It is a huge loss to the industry.”

Gramps Morgan, a member of Morgan Heritage, expressed disappointment at the news of O’Hare’s passing, stating that, “Barry was more than just a colleague in the music industry, to our family, he was a brother.

“After meeting him for the very first time in 1992, we realised how far and above he was at that time as an engineer. His personality was calm, and also his spirit and his  professionalism were far and beyond,” he continued.

The engineer and producer worked on true reggae classics like Don’t Haffi Dread, Caught Into A Trap and Reggae Road Block for the Grammy Award-winning reggae band, and even did live sound engineering for their shows.

“He will truly be missed. To his family and all who are left behind, this is another big loss for our genre,” Gramps Morgan said.

The immense outpouring of love for the producer on social media came from the likes of entertainers such as Future Fambo who posted: “Jah know…Barry R.I.P. You are definitely one of Jamaica’s greatest engineers. I’m at a loss for words, you are truly a great person.”

Tanya Stephens shared a video clip of her in studio with O’Hare while other music industry professionals Bulby York, Shelly-Ann Curran, Ce’Cile and Nadine Sutherland chimed in with condolences and kind words for him.