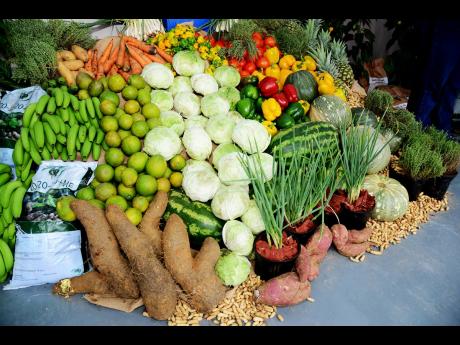 File
The Jamaica Agricultural Society is projecting that as a result of the recent heavy rainfall, there will be a shortage of almost every crop this Christmas. 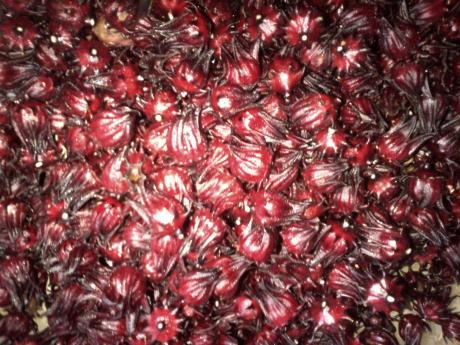 File
Sorrel, the traditional Yuletide drink, is likely to be in short supply this Christmas.
1
2

An islandwide survey by the Jamaica Agricultural Society (JAS) to determine the full extent of the damage to crops and livestock is ongoing and won’t be known for some time, as the island continues to be affected by heavy rains. However, already the JAS is projecting a gloomy outlook for the Christmas season for almost every crop, with sorrel, the traditional Yuletide drink, likely to be in short supply.

First Vice-President of the JAS, Denton Alvaranga, told The Gleaner that early indications are that vegetables, condiments and ground provisions have all been badly affected. In addition, the consistently wet conditions are likely to provide ideal breeding conditions for pests and diseases.

The JAS parish officers have been collaborating with extension officers from the Rural Agricultural Development Authority (RADA) and other agencies of the Ministry of Agriculture and Fisheries, to advise farmers on clearing their fields in preparation for replanting as soon as possible. However, with the continuing rains, the digging of drains to take off the excess water is the only thing most of them can do for now.

“Clarendon is a major sorrel-producing parish and I went into certain sections of the Chapelton area, which is a major sorrel belt; and right now sorrel that is ready for reaping, some of it is rotting. Sorrel that was flowering during the rainfall was beaten from the trees and those would have been coming in for Christmas.

“I have seen where a lot of leaf spot has set in, affecting plants whose leaves have fallen off due to the leaf spot fungus; and there is the problem of root rot, because once the water settles for any length of time, then the sun comes out, you gonna have serious problems.”

Alvaranga said other farmers have given the same outlook – things are not looking so bright. For example, the fall planting season for Irish potato would be about now, with some planting having started from last month. These would be reaped about next February and would not affect the Christmas yield, but the impact will be felt later on.

“Cassava that is ready for reaping, some of it will rot, especially in the low-lying areas and where it is clay soil. I reaped some cassava recently – and my area is a sort of sandy loam – and when I took them out, there was some amount of water there. Sweet potato, if you look at areas such as Ebony Park which are still flooded, sweet potato in those areas will rot,” Alvaranga noted.

He had more bad news, telling The Gleaner that mature yams which were due for harvesting will rot in the fields, with other damage caused by fallen yam sticks and some yams washed out of the hills.

“A lot of pumpkins are rotting now. Right where they rest on the soil they are taking in water, and there is likely to be a fungus problem. The same thing for melon and scallion, so there could be a shortage for the Christmas season. In fact, brace for shortages in your vegetables and condiments; red peas, string peas will also be affected.”

The JAS executive pointed out that while the timeline for some cash crops is six or eight weeks, waterlogged fields across the country makes it unlikely that many farmers will be able to get back into production in time to meet the Christmas demand. He said some farmers who always have nurseries going to ensure continuity in production took a hard beating, as the seedlings were washed out.

“Farmers who plants fields like carrots would have just dropped seeds and all of those were washed away or drowned, including seedlings and other young plants; so the rains wreaked havoc on the farmers’ crops at all stages of maturity. So, really, we could be having some shortages in lettuce, pak choi, tomato, cabbage, broccoli, cauliflower. Bog Hole, Cave Valley that’s in Douglas Castle, Mason River, those are the major vegetable-growing areas in Jamaica. Things are not looking good in the Clarendon-St Ann border.

“I suspect, also, that ginger could be affected because it has the rhizome rot problem, and this thrives under condition where once the soil is waterlogged for any period of time, the spores are likely to germinate. So the farmers still got no respite, the only thing you can do now is cut drains to lead out the water, and maybe the only crops you can plant now are banana and plantain. I don’t see anything else; you cut back the trees which have fallen down and replant them.”