Editors Forum | Child abuse alarm! - Sexual offences on the increase among minors; more than triple with wards of the state 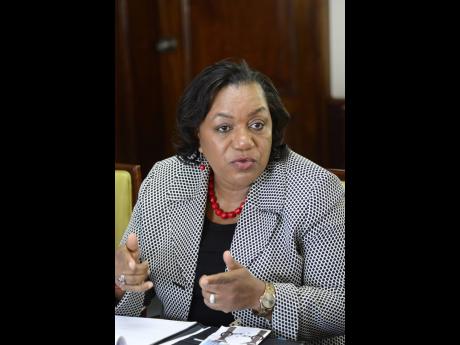 Sexual offences against wards of the state at facilities in Kingston have more than tripled this year, with the South Camp Juvenile Remand and Correctional Centre having the most reports so far, noted a recent study.

According to data from the Child Protection and Family Services Agency (CPFSA), there were 19 cases of sexual offences involving minors between January 1 and November 30, 2020, compared to five during the corresponding period last year. The offences include rape, grievous sexual assault and sexual intercourse with someone under 16.

Of the 19 cases, 13 involved wards at the South Camp Juvenile Facility, five reports are from the Homestead Place of Safety, and there is one from the SOS Children’s Village. Most of the offences were allegedly committed by other wards.

Cases of sexual offences against minors have increased generally. In June, senior medical practitioner at the May Pen Hospital, Dr Bradley Edwards, noted that there has been a sharp increase in sexual abuse against children in the age 10 and under category.

Rosalee Gage-Grey, chief executive officer of the CPFSA, stated during a Gleaners Editors’ Forum on Wednesday that their surveillance of the parish of Clarendon led to similar findings.

Gage-Grey noted that although the numbers were not high, it is still of concern based on the age of the children.

“You would have noted that we lost about two or four children – two to suicide, and one through an incident in Clarendon where one child was murdered, which is still under investigation,” she shared.

Gage-Grey said in light of that, there has been a heightened response to reports involving children under 10.

The chief executive officer of the CPFSA said once a report comes into their system for a child under 12, it is treated as high priority – whether it is a missing child or a child who has been sexually abused or even exhibiting some behavioural challenge.

“If a child goes missing and the child is under six or so, it’s heightened, because usually those children don’t run away. It gives an alert that something definitely is wrong and, therefore, we engage in terms of doing the search. Helping families to locate children is very heightened,” she shared.

Stating that surveillance right across the hospitals highlights that it remains an area of concern, Gage-Grey said social workers are working very closely with hospital staff as they follow the protocols in terms of making the reports to the National Children’s Registry so that the issues can be addressed.

From October 2019 to October 2020, police data shows that 26 children have been murdered, and 20 were victims of road fatalities.